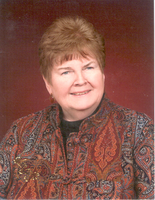 CANASTOTA . . . Mary Ellen (Tapley) Shaver, 79, of 209 Stroud Street, Canastota, passed away on Saturday, August 31, 2019, at St. Joseph's Hospital, Syracuse, following a brief illness. She was born on April 21, 1940, in Boonville, the daughter of Henry and Lucy Lee (Terpening) Tapley. Mary Ellen spent her early years in Forestport, and was a 1957 graduate of Forestport Central Schools. She graduated from SUNY Albany in 1961, receiving her BA in English, later receiving her MLS (Masters in Library Science). She lived in Carmel, NY, for a short time, and in the Syracuse area for many years, moving to Canastota in 1986. Mary Ellen taught English and was a librarian at Carmel High School. She was the librarian for the East Syracuse-Minoa school district at Pine Grove Junior High School for 33 years, retiring in 1996. After that, she volunteered at Holy Cross Academy in Oneida, teaching religion for a few years and then developed their library. In February, 2004, she was named to the Board of Trustees at Holy Cross Academy. She was a communicant and Eucharistic Adorer at St. Agatha's Church, Canastota. Mary Ellen was an enthusiastic New York Yankees fan. Surviving are: two brothers, William Tapley of Forestport, and James B. Tapley of Sheffield, MA; a sister and brother-in-law, Jane and Michael Schultz of Norwich; seventeen nieces and nephews; as well as great nieces and nephews. Mary Ellen was predeceased by her father and mother, Henry William (1970) and Lucy Terpening Tapley (1973). Funeral services will be held at 1 p.m. on Saturday, September 7, 2019, at St. Agatha's Church, 329 N. Peterboro Street, Canastota, where a funeral mass will be held. Her nephews, Rev. James Schultz and Rev. Matthew Schultz, will officiate. Burial will be in Evergreen Cemetery, Barneveld. Calling hours will be held on Friday, from 4 to 7 p.m. at the J. Homer Ball Funeral Home, Inc., 201 James Street, Canastota, with the rosary recited at 6 p.m. In her memory, contributions may be made to Holy Cross Academy, 4020 Barrington Road, Oneida, NY 13421, or to St. Agatha's Church, 329 N. Peterboro Street, Canastota, NY 13032, with envelopes available at the funeral home.