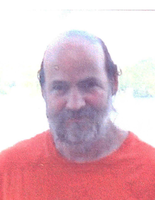 CANASTOTA . . . Stephen W. Henderson, 58, of 6231 Old County Road, Canastota, passed away on Wednesday, November 27, 2019, at University Hospital, Syracuse, after suffering a stroke at his home on Monday. He was born on February 18, 1961, in Oneida, the son of the late Russell and Norma (McCormick) Henderson. Stephen has lived in the Peterboro area all of his life, and attended the Canastota schools. He enjoyed walking outside, fishing, bowling, tinkering in his workshop, and spending time with his family. Surviving are: one brother and sister-in-law, David and Candy McCormick of Canastota; two sisters, Dawn Cast of Canastota, and Nicolette "Nicky" Henderson and her significant other, Michael Casler, of Canastota; as well as several nieces, nephews, and cousins. At Stephen's request there will be no calling hours or funeral service. Arrangements are under the supervision of the J. Homer Ball Funeral Home, Inc., 201 James Street, Canastota. In his memory, contributions may be made to Catholic Charities of Madison County, 1081 Northside Shopping Center, Box 2, Oneida, NY 13421.