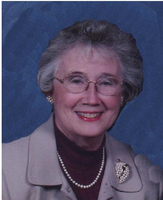 WEST WINFIELD . . . Shirley Mae (Farnam) Rankins, 89, of 348 North Street, West Winfield, and a former Canastota resident, passed away on Friday, December 6, 2019, at St. Elizabeth's Hospital, Utica. She was born on February 27, 1930, in Canastota, the daughter of the late William "Jim" and Maleta (Brown) Farnam. Shirley lived in the Canastota area most of her life, graduating from Canastota High School as the Salutatorian of the Class 1948. She has lived in West Winfield for the last seventeen years. She worked at Canastota High School as the secretary to the Superintendent of Schools from 1948-1964, and later worked at the Canastota Public Library for several years, retiring in 1997. As a member of the Methodist Church of Canastota she was a Sunday School Teacher, choir director, soloist, and secretary of various committees. The family later moved to the First United Methodist Church of Oneida. Shirley was also a member of Oneida Chapter 21 of the Order of the Eastern Star; Folt's Home Auxiliary; United Methodist Women; Brownie and 4-H Leader; volunteer for the American Red Cross, American Cancer Society, American Lung Association, and the March of Dimes; and a member of the Canastota Alumni Banquet Committee for many years. She received the Alumni Association Achievement Award in 1986, and the Secretarial Award. She enjoyed reading, crossword and word search puzzles, sewing, cross-stitch, family, friends, travel – spending winters in Florida with her husband and a well-traveled cat; attending church events, and following her granddaughter's school activities and events; and caring for many feline friends over the years. Shirley married George E. Rankins on July 23, 1960, in the Canastota Methodist Church. George passed away on February 27, 2007. Surviving are: one daughter and a son-in-law, Sharon Rankins-Burd and Bill Burd of West Winfield; one step-son and daughter-in-law, Thomas and Jean Rankins of Cazenovia; one step-daughter, Gail (Rankins) Emmons of Chittenango; one granddaughter, Margot Rankins-Burd of Clinton; four step-grandsons, Michael Emmons of Minoa, Thomas G. Rankins, Jr. of Georgia, Christopher Rankins of Oneida, and Jason Tichko of Oneida; one step-greatgrandson, Devyn Tichko; as well as many nieces, nephews and cousins. Funeral services will be held at 1 p.m. on Saturday, December 14, 2019, at the J. Homer Ball Funeral Home, Inc., 201 James Street, Canastota. The Rev. Carol Jubenville will officiate. Burial will be in Lenox Rural Cemetery, Canastota. Calling hours will be held on Saturday, prior to the service, from 10 a.m. to 1 p.m. at the funeral home. In her memory contributions may be made to Wanderers' Rest Humane Association, Inc., PO Box 535, Canastota, NY 13032, with envelopes available at the funeral home.