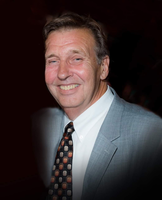 CANASTOTA . . . Michael Franklin McDermott, 66, of Canastota, NY, passed away on February 11, 2020. Mike, the emptiness you have left in our lives by your passing is bottomless. You devoted your life to anything that made our sons and me happy. With you, nothing was impossible or too frightening to deal with and almost anything was doable. You had an indomitable spirit and were most optimistic person I've ever known. I know how fortunate I was to have lived the dream for 35 years, but now I understand the adage that the risk of love is loss, and the price of loss is profound grief. He was born on April 11, 1953, in Syracuse, the son of the late Raymond and Mary Ann (Wassel) McDermott. Mike graduated from East Syracuse-Minoa High School in 1971, and received his Bachelor's degree in engineering from Syracuse University. He worked for the US Army Corp of Engineers, and later for the Department of Defense, retiring in 2014. Mike leaves behind our two sons, Michael and Matthew, the pride and joy of his life. He is also survived by his brother and sister-in-law, Raymond and Lisa McDermott; his Aunt, Joann Anderson; his father-in-law Joseph Galavotti; brothers and sisters-in-law, Tony and Karen Galavotti, Howard and Sue Reed, James and Elvira Sullivan, and John and Nadine Galavotti; many nieces and nephews, several cousins, and his good friend, Gaby Atik. I would like to thank our families and friends who carried us through this devastating time. Getting through this would have been impossible without you. Additionally, a special thank you to Dr. Stephen Graziano; private caregivers Jeanine and Joy; Hospice nurses and staff; the nurses, administrative staff and volunteers at the Francis House, who made his stay there a blessing. Rest In Peace Mike. Love you forever, your wife, JoAnn. Funeral services will be held at 10 a.m. on Saturday, February 15, 2020, at St. Agatha's Church, 329 N. Peterboro Street, Canastota. The Rev. Stephen P. Wirkes will officiate. Burial will be in St. Agatha's Cemetery, Canastota. Calling hours will be held on Friday from 5 to 7 p.m. at the J. Homer Ball Funeral Home, Inc., 201 James Street, Canastota. In lieu of flowers, please consider a donation to Francis House, 108 Michaels Avenue, Syracuse, NY 13208.