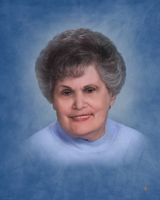 CANASTOTA . . . Josephine P. Verzole, 94, of 418 West Lewis Street, Canastota, passed away on Thursday, May 6, 2021, at Oneida Healthcare, following a brief illness. She was born on June 16, 1926, in Canastota, the daughter of the late Salvatore "Sam" and Margaret (LoGuidice) Lanzafame. Josephine was a lifelong resident of Canastota, graduating from Canastota High School in 1944. She worked for the Fudesco Insurance Agency in Canastota for twenty-six years, retiring in 1988. Josephine was a member of the St. Agatha's Church in Canastota. She was also a member and board member of the Canastota Alumni Association, and a past member of the Casolwood Twilight Golf League, Canal Town Corporation, and the Women's Auxiliary of the American Legion Charles Miller Post #140 in Canastota. Josephine received the Alumni Achievement Award in 1984. Josephine was an excellent cook, who enjoyed golf, reading, and spending time with her family and friends. She married Douglas J. Verzole on April 15, 1950, in Canastota. Surviving besides her husband, Douglas, are: one son and daughter-in-law, William and Natalka Verzole of Clifton Park; one daughter and son-in-law, Patricia and Gerald King of Glenmont; three grandchildren, Colin King and his wife, Morgan, Oleksandra Verzole, and Zenia Verzole; as well as several nieces, nephews, and cousins. Josephine was predeceased by one brother, James Lanzafame, and one sister, Mary Cimino. A funeral mass will be held at 11 a.m. on Tuesday, May 11, 2021, at St. Agatha's Church, 329 N. Peterboro Street, Canastota. Face coverings and social distancing are required. The Rev. Nathan Brooks will officiate. Burial will be in St. Agatha's Cemetery, Canastota. At Josephine's request, there will be no calling hours. Arrangements are under the supervision of the J. Homer Ball Funeral Home, Inc., 201 James Street, Canastota. In her memory, contributions may be made to the Oneida Health Foundation, ECF Activities Fund, 321 Genesee Street, Oneida, NY 13421, with envelopes available at the church.