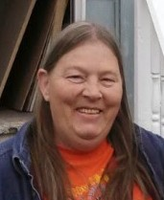 CANASTOTA . . . Gail A. Ward, 66, of 169 Barlow Street, Canastota, passed away unexpectedly on Monday, June 17, 2019, at Oneida Healthcare, after suffering a heart attack at her home. She was born on December 18, 1952, in Syracuse, and was raised by the late Carl and Doris Martin. Gail spent her early years in Cazenovia, graduating from Cazenovia High School in 1971, and in 1996, she graduated from the Utica School of Commerce in Canastota, with an Associate's Degree in Business Management. She has lived in Canastota since 1988. She enjoyed Facebook, crafting with her grandchildren, and spending time with her family. Gail married Carl S. Ward, Sr., on July 17, 1971, in Canastota. Surviving besides her husband, Carl, are: two sons, Carl S. Ward, Jr. of Lyons Falls, and Walter C. Ward of Lee Center; one daughter and son-in-law, Lucinda and John Hewitt of Oneida; five grandchildren, Cody Ward, Johnathan Hewitt, Riley Johnson, Jack Hewitt, and Jacob Hewitt; as well as three brothers, one sister, and many in-laws, nieces, nephews, and cousins. Calling hours will be held from 5 to 7 p.m. on Friday, June 21, 2019, at the J. Homer Ball Funeral Home, Inc., 201 James Street, Canastota. At Gail's request there will not be a funeral service. Burial will be in Stockbridge Cemetery, Munnsville. In her memory contributions may be made to her favorite charity, the American Foundation for Suicide Prevention (AFSP), PO Box 1445, Buffalo, NY 14226, with envelopes available at the funeral home. J. HOMER BALL FUNERAL HOME, INC. Canastota A Trust 100 Family Owned Funeral Home