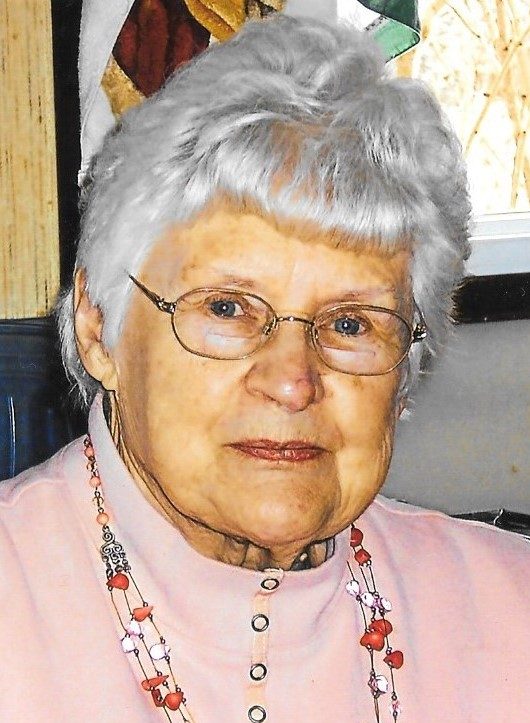 Please share a memory of Lucille to include in a keepsake book for family and friends.
View Tribute Book
CANASTOTA . . . Lucille M. Robinson, 89, of 4380 Whitman Road, Canastota, passed away on Saturday, May 2, 2020, at the Abraham House, Utica, following a brief illness. She was born on August 7, 1930, in Glens Falls, the daughter of the late Howard and Jessie (Duell) Truesdale. Lucille spent her early years in Bolton Landing, and was a 1947 graduate of Bolton Central School. She later attended the Albany College of Pharmacy, and lived in Glens Falls, Oneida, and Wampsville, before moving to Canastota in l980. She was a Veteran of the U.S. Army, serving during the Korean War. Lucille enjoyed gardening, quilting, cooking, her cats, and spending time with her family. She married John A. Robinson on February 14, 1952, in Glens Falls. John passed away on May 6, 2008. Surviving are: two sons, Michael J. Robinson of Canastota, and Jerry H. Robinson of Sarasota, FL; two daughters, Elizabeth "Betsy" and Jerry Klahs of LaPine, OR, and Jeanne and George Gostling of Cobleskill; four grandchildren, Timothy Gostling, William Gostling, Jake Robinson, and Sean Robinson; two great grandchildren, Owen and Audrey Gostling; as well as several nieces, nephews, cousins, and her beloved cat, Amiee. Lucille was predeceased by a daughter, Karen L. Robinson, who died in 1982. Due to the COVID-19 pandemic, services will be postponed until a later date. Arrangements are under the supervision of the J. Homer Ball Funeral Home, Inc., 201 James Street, Canastota. Burial will be in Walnut Grove Cemetery, Wampsville. In her memory, contributions may be made to Hospice & Palliative Care, Inc., 4277 Middle Settlement Road, New Hartford, NY 13413, or to Wanderers' Rest Humane Association., Inc., PO Box 535, Canastota, NY 13032.
To plant a beautiful memorial tree in memory of Lucille Robinson, please visit our Tree Store

Due to the COVID-19 pandemic, services will be postponed until a later date.

Share Your Memory of
Lucille
Upload Your Memory View All Memories
Be the first to upload a memory!
Share A Memory
Plant a Tree