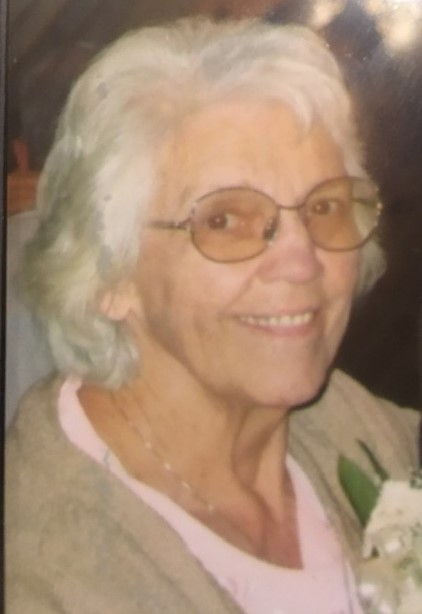 Please share a memory of Betty to include in a keepsake book for family and friends.
View Tribute Book
CANASTOTA . . . Betty J. Wilkinson, 89, of Canastota, passed away unexpectedly on Monday, May 11, 2020, at the Oneida Healthcare Extended Care Facility, following a lengthy illness. She was born on January 12, 1931, in Pitcher, NY, the daughter of the late Devillo Sr. and Sarah (Robinson) Beckwith. Betty spent her early years in DeRuyter and Fabius, graduating from Fabius High School in 1949. She later lived briefly in Syracuse, and moved to Canastota in 1950. She owned and operated Wilkinson's Knit Shop in Canastota for many years, and was a bus driver for Canastota Central School for many years, retiring in 1986. Betty was involved in the community, as a 4-H Leader for several years, a volunteer for the Greater Lenox Ambulance Service, and the International Boxing Hall of Fame. She taught knitting at the Canastota Public Library, and was a volunteer at the Canal Boat Landing in Chittenango. She enjoyed sewing, knitting, traveling, and spending time with her family. Betty married Marlin R. Wilkinson on January 28, 1950, in Fabius. Marlin passed away on July 9, 1992. Surviving are: two sons and daughters-in-law, Lee and Monika Wilkinson, and Scott and Therese Wilkinson, all of Canastota; two daughters and sons-in-law, Priscilla and William Grisenthwaite of Vernon, and Jill and David Rossi of Lakeport; one sister and brother-in-law, Barbara and Carl Olcott of Fabius; fifteen grandchildren; 16 great grandchildren; as well as several nieces, nephews, and cousins. Betty was predeceased by two daughters, Linda Sellwood, and Diane Chrisman; one brother, Devillo Beckwith, Jr.; and two sisters, Beverly McNeil, and Judith Molyneaux. Due to the COVID-19 pandemic, a memorial service will be held at a later date. Burial will be in Lenox Rural Cemetery, Canastota. Arrangements are under the supervision of the J. Homer Ball Funeral Home, Inc., 201 James Street, Canastota. In her memory, contributions may be made to the Whitelaw Presbyterian Church, 3085 Whitelaw Road West, Canastota, NY 13032, or to Greater Lenox Ambulance Service, Inc. (GLAS), PO Box 382, Canastota, NY 13032.
To plant a beautiful memorial tree in memory of Betty Wilkinson, please visit our Tree Store

Due to the COVID-19 pandemic, a memorial service will be held at a later date.

Share Your Memory of
Betty
Upload Your Memory View All Memories
Be the first to upload a memory!
Share A Memory
Plant a Tree