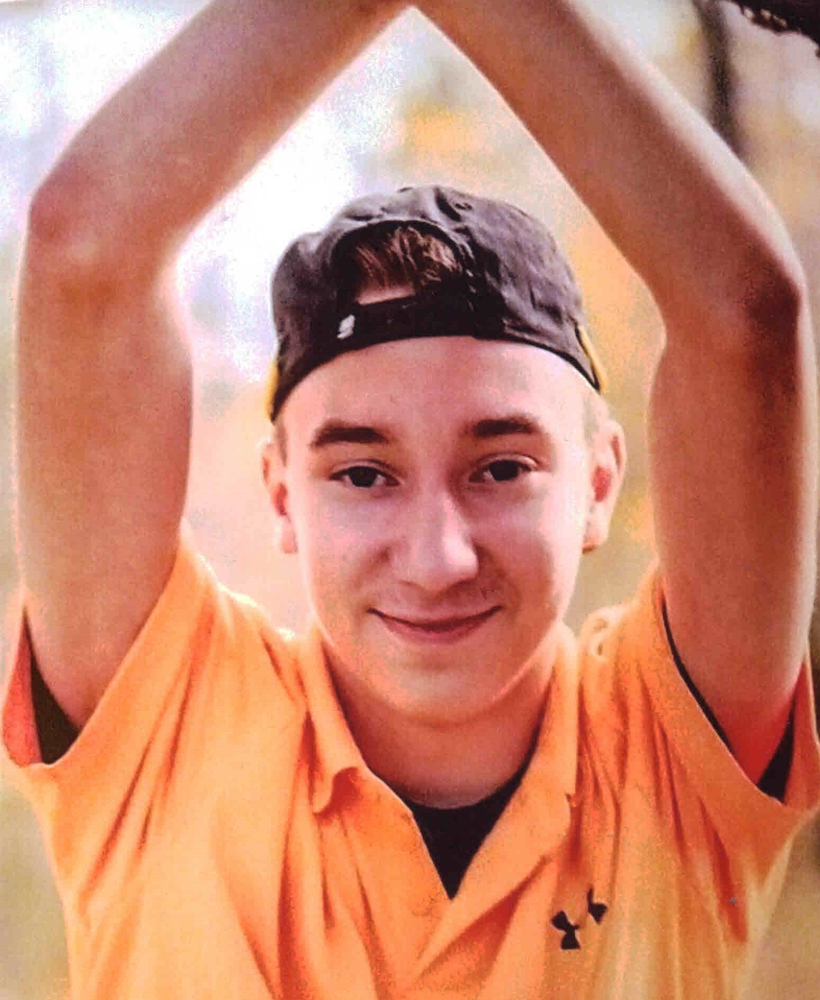 Please share a memory of Shane to include in a keepsake book for family and friends.
View Tribute Book
WHITELAW . . . Shane M. Pinard, 18, of 3026 Whitelaw Road W., Canastota, passed away on Saturday, August 1, 2020, following injuries sustained in a motor vehicle accident in the Town of Vienna. He was born on March 27, 2002, in Syracuse, the son of John-Pierre M. Pinard and Mindy Robiner. Shane was a lifelong resident of Canastota, graduating from Canastota High School in 2020, with plans to attend SUNY Morrisville in the Fall and study Aquaculture and Aquatic Science. He had been a manager at the McDonald's in Canastota for the past 1 ½ years. Shane loved the outdoors, was an avid fisherman, and enjoyed spending time with his family. Surviving are: his father and step-mother, John and Kera Pinard of Whitelaw; his mother and step-father, Mindy and Mark Kling of Canastota; one brother, Joseph Pinard of Whitelaw; two step-brothers, Nathan Kling of Oneida, and Lakota Elliott of Whitelaw; three step-sisters, Sonya Pinard of Canastota, Kyra and Colton Elerick of Canastota, and Marlie Kling of Sherrill; paternal grandparents, John and Judy Pinard of Whitelaw; Maternal grandmother, Linda Pearlman of Seal Beach, CA; step-grandparents, Bonnie and Dennis Pankhurst of Vernon, and Billene Hebbard of Sherrill; as well as several aunts, uncles, nieces, and cousins. Shane was predeceased by his maternal grandfather, Ken Robiner. Due to the COVID-19 pandemic, a private memorial service will be held at the convenience of the family. The Rev. Anthony F. Tosti will officiate. Interment will be in Whitelaw Cemetery. Arrangements are under the supervision of the J. Homer Ball Funeral Home, Inc., 201 James Street, Canastota. In his memory, pledges may be made to the Shane Pinard Future Fishermen's Foundation, to be established for youth fishing tournaments and youth fishing programs, PO Box 498, Canastota, NY 13032.
To plant a beautiful memorial tree in memory of Shane Pinard, please visit our Tree Store

Interment will be in Whitelaw Cemetery.

In his memory, pledges may be made to the Shane Pinard Future Fishermen's Foundation, to be established for youth fishing tournaments and youth fishing programs, PO Box 498, Canastota, NY 13032.
Online Memory & Photo Sharing Event
Online Event
About this Event

Share Your Memory of
Shane
Upload Your Memory View All Memories
Be the first to upload a memory!
Share A Memory
Plant a Tree