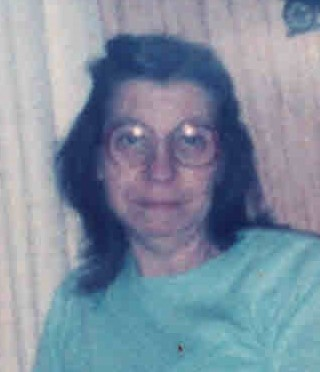 Please share a memory of Esther to include in a keepsake book for family and friends.
View Tribute Book
CANASTOTA . . . Esther M. Pluff, 88, formerly of 400 Lamb Avenue, Canastota, passed away on Sunday, October 11, 2020, at Community Memorial Hospital, Hamilton, following a lengthy illness. She was born on September 24, 1932, in Oneida , the daughter of the late Alonzo and Dora (Arnold) Brockway. Esther lived in Whitelaw and Canastota most of her life, attending the Canastota schools. She has been a resident of the Waterville Residential Care Center for the last three years. She worked at Crouse-Hinds in Syracuse for several years. Esther was a member of the Church of the Nazarene in Canastota. She enjoyed reading her bible, doing crossword puzzles, crocheting, and spending time with her nieces and nephews. Esther married Edward D. Pluff on December 30, 1955, in Canastota. Ed died on June 13, 2000. Surviving are several nieces, nephews, and cousins. Esther was predeceased by two brothers, Alonzo E. Brockway, and Raymond Brockway; and a sister, Ruby J. Hartle. Due to the COVID-19 pandemic, a private graveside service will be held at the convenience of the family. Pastor Jeff Rogers of the Church of the Nazarene will officiate. Burial will be in Whitelaw Cemetery, Canastota. There will be no calling hours. Arrangements are under the supervision of the J. Homer Ball Funeral Home, Inc., Canastota. In her memory contributions may be made to the Church of the Nazarene, 3640 Seneca Turnpike, Canastota, NY 13032.
To plant a beautiful memorial tree in memory of Esther Pluff, please visit our Tree Store

Due to the COVID-19 pandemic, a private graveside service will be held at the convenience of the family.

Share Your Memory of
Esther
Upload Your Memory View All Memories
Be the first to upload a memory!
Share A Memory
Plant a Tree