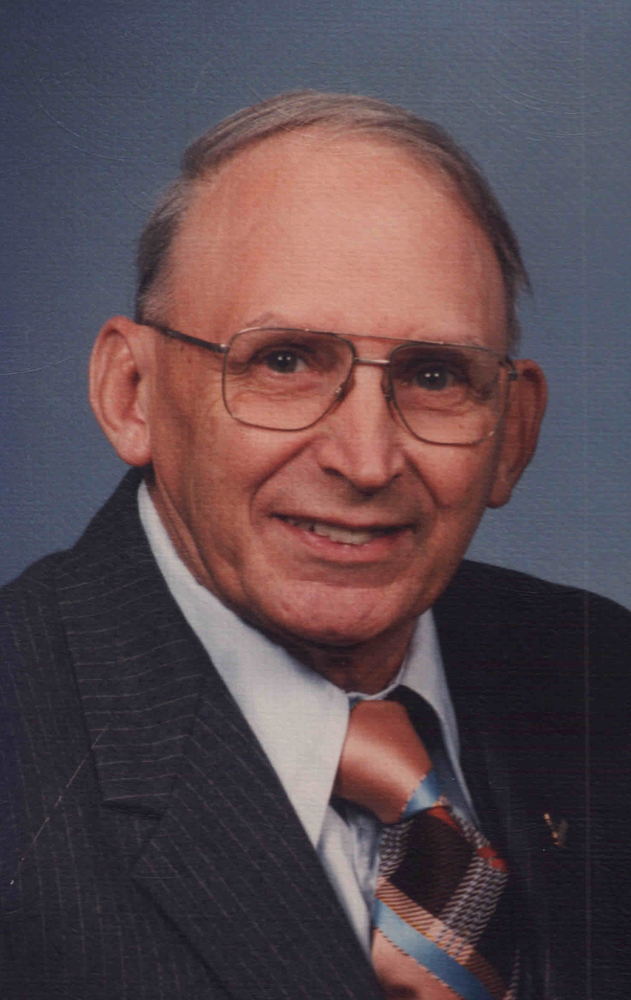 Please share a memory of Robert to include in a keepsake book for family and friends.
View Tribute Book
CANASTOTA . . . Robert E. Wilde, 99, formerly of Canastota, passed away on Friday, December 11, 2020, at the Oneida Healthcare Extended Care Facility, following a lengthy illness. He was born October 19, 1921, in Whitelaw, the son of the late Albert and Bertha (Waterbury) Wilde. Bob spent his early years in the Canastota area, graduating from Canastota High School in 1941. He later lived in Oneida for 5 years, Lincoln and Seward, Nebraska for 32 years, moving back to Canastota in 1983. Bob had also lived in Panama City for 20 years, and has been an Oneida resident for the last 15 years. He was a World War II Veteran, serving in the US Army Air Force. Bob worked as a Master Oldsmobile Technician in Oneida, and Lincoln, NE, later working as a Master Repair Technician at American Stores in Lincoln, Nebraska for 23 years, retiring in 1983. He was an avid runner for many years, and was the assistant women's cross country, track and field coach and women's softball coach at Concordia University in Seward, NE. For his many years of active involvement, he received the Crest of Christ Award from the University in 1980. After returning to Canastota, he became an assistant coach for the Canastota High School cross country, track and field team. Bob participated in the Empire State Senior Games for many years, earning several gold medals in track and field, earning his last gold medal at age 90. He was very active in the Oneida YMCA, receiving the Don Connelly Determined Celebration Award in 2015. Bob also enjoyed singing, and was active in the Nebraska Ensemble Choirs and Concordia University and the Oneida Area Civic Coral. He also enjoyed working with shells to make various items, which he generously shared with others. Bob was an avid coin collector and became a member of the Tri-County Coin Club. In his later years, he enjoyed watching his grandson, Scott, participate in various running events. Bob was a member of St. John's Evangelic Lutheran Church in Rome. He married Eileen (Kieley) Towsand on August 15, 1987 in Oneida. Eileen passed away in March of 2020. Surviving are: two daughters-in-law, Julie Wilde, and Laureen Wilde; one son-in-law, Kenneth Starr of Fairbury, NE; one stepson and stepdaughter-in-law, Gary and Michelle Towsand of Endwell, NY; as well as grandchildren; great grandchildren; and several nieces, nephews, and cousins. Bob was predeceased by two sons, John Wilde and James Wilde; one daughter, Kathy Starr; two stepsons, Robert Towsand and David Towsand; two brothers, Earle Wilde and Herbert Wilde; and two sisters, Annie Bach and Harriet Loucks. Bob's family would like to thank the 5th floor nurses at the Extended Care for the loving care he received. Calling hours will be held from 4 to 6 p.m. on Tuesday, December 15, 2020, at the J. Homer Ball Funeral Home, Inc., 201 James Street, Canastota. Funeral services will be held at 11 a.m. on Wednesday, at the funeral home. The Rev. Robert Catherwood, Jr., of St. John's Evangelic Lutheran Church, Rome, will officiate. Burial will be in Whitelaw Cemetery. Face coverings and social distancing are required at the funeral home and cemetery. In his memory contributions may be made to Clear Path for Veterans, Inc., 1223 Salt Springs Road, Chittenango, NY 13037, or to St. John's Evangelic Lutheran Church, 502 W. Chestnut Street, Rome, NY 13440, with envelopes available at the funeral home.
To plant a beautiful memorial tree in memory of Robert Wilde, please visit our Tree Store
Tuesday
15
December

Share Your Memory of
Robert
Upload Your Memory View All Memories
Be the first to upload a memory!
Share A Memory
Plant a Tree