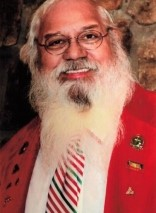 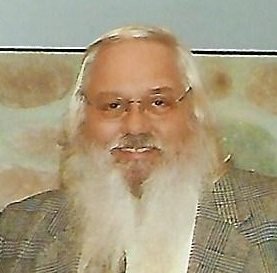 Please share a memory of Ronald to include in a keepsake book for family and friends.
View Tribute Book
BELLVILLE, Ohio: Ronald “Ron” Burgess passed away Thursday, December 10th, 2020, in Highland Oaks Health Center in McConnelsville, Ohio. He was 71 years old. Born December 20, 1948 in Albany, New York to parents Rev. Robert J. & Dorothy (Cattell) Burgess Jr. He graduated from Canastota High School with the class of 1966. He proudly served his county by joining the US Air Force after graduation. On August 16, 1968 he married Mary Lepp. Following a disability retirement from the Air Force, Ron studied and became a Registered Nurse. He worked as an RN and spent most of his time at the State Mohican Youth Camp in Ohio. He was a lifetime member of the AMVETS post 87. He was also a member of the American Legion Post # 535 in Bellville. Ron enjoyed mowing his grass and photography was his hobby. He enjoyed taking photos and belonged to a few groups in Columbus years ago. For many, many years he was the town Santa Clause for Bellville and was a past president of the “The Buckeye Santa’s”. He even embodied Santa in the City of Columbus Veterans Day Parade for many years. Ron loved his family and especially his grandchildren. He is survived by his loving wife Mary Burgess; son Ronald Arthur (Kristen) Burgess Jr.; grandchildren Dalton Burgess, Megan (life partner Beth) Allwine, Kendra Burgess, William Burgess, Kaitlin Burgess, Timothy Burgess and Lillie Burgess; two great-grandchildren Kenleigh and Kenna Burgess. Brothers Alan (Kathy) Burgess, Rev. Tom (Rene) Burgess, David Burgess (life partner Michael Plano), and Rev. Mark (Nettie) Burgess. He is also survived by an aunt and several cousins, nieces, and nephews. In addition to his parents, Ron was preceded in death by son Robert Charles Burgess. Although no public service will be held in Ron’s memory at this time, the family plans to host a Celebration of Life at later date and they hope you will remember Ron in your own special way. His final resting place will be Oak Grove Memorial Park in Lexington, Ohio. Contributions in Ron’s memory may be made to the Jefferson Township Bellville Fire Department (please send checks to 470 Main Street, Bellville, Ohio 44813). Snyder Funeral Homes, Bellville Ohio was honored to serve Ron’s family and encourage you to share a memory at SnyderFuneralHomes.com.
To plant a beautiful memorial tree in memory of Ronald Burgess, please visit our Tree Store

Although no public service will be held in Ron's memory at this time, the family plans to host a Celebration of Life at later date.

Share Your Memory of
Ronald
Upload Your Memory View All Memories
Be the first to upload a memory!
Share A Memory
Plant a Tree