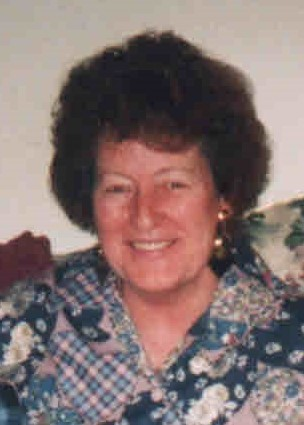 Please share a memory of Marianne to include in a keepsake book for family and friends.
View Tribute Book
CARTHAGE . . . Marianne Larkin, 83, of Carthage, passed away on Saturday, January 2, 2021, at Carthage Area Hospital, following a brief illness. She was born on January 26, 1937, in Vernon Center, the daughter of the late George D. and Annabelle (Roberts) Hartle. Marianne spent her early years in Lowville, attending the Copenhagen and Lowville schools. She later lived in Canastota for many years, Evans Mills, and Watertown, moving to Carthage in 2017. She first worked for General Electric in Syracuse, for 10 years, and later became a self-employed hairdresser for many years. Marianne enjoyed playing Bingo, and spending time with her family, friends, and extended family at Meadowbrook Terrace in Carthage, where she has resided for the last few years. Surviving are: one daughter, Patricia Ann LeVeille of Jacksonville, FL; one sister, Barbara Beadle of Sherrill; grandchildren; great grandchildren; great great grandchildren; as well as many nieces, nephews, and cousins. Marianne was predeceased by one daughter, Barbara Diane Owen; brothers and sisters-in-law, Arthur and Ruby Hartle, Nathan "Frank" and Vannie Hartle, William "Howard" Hartle, Earl Hartle, Sr., and George, Sr. and Barbara Hartle; and two half-sisters, Josephine Hess, and Marjorie Bowman. At Marianne's request, there will be no calling hours or funeral service. Interment will be in Lenox Rural Cemetery, Canastota. Arrangements are under the supervision of the J. Homer Ball Funeral Home, Inc., 201 James Street, Canastota. In her memory, contributions may be made to Meadowbrook Terrace, Activities Fund, 21957 Cole Road, Carthage, NY 13619.
To plant a beautiful memorial tree in memory of Marianne Larkin, please visit our Tree Store

At Marianne's request, there will be no calling hours or funeral service.

Share Your Memory of
Marianne
Upload Your Memory View All Memories
Be the first to upload a memory!
Share A Memory
Plant a Tree