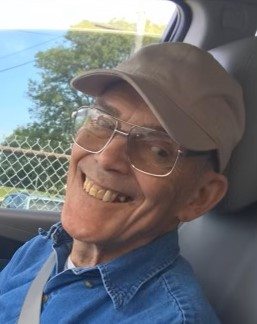 Obituary of James A. Mann

Please share a memory of James to include in a keepsake book for family and friends.
View Tribute Book
MUNNSVILLE . . . James A. Mann, 83, of Munnsville, passed away on Saturday, January 23, 2021, at Oneida Healthcare, following a brief illness. He was born on November 12, 1937, in Wampsville, the son of the late Harold and Elsie (Souter) Mann. Jim has lived in Central New York all of his life, graduating from Oneida High School in 1955. He is a Veteran of the United States Navy, serving aboard the USS Orion from 1955-1959, as a 3rd Class Petty Officer and Metalsmith. Jim was an accomplished carpenter all of his life, and worked for VVS schools from 1982 until his retirement in 2007. He was an avid hunter and fisherman, and enjoyed music and spending time with his family and friends. Jim married Sheila Hyland on September 7, 1963 in Hammond, NY. Surviving besides his wife, Sheila, are: one son, James T. Mann of Munnsville; two daughters and a son-in-law, Alicia Werthman of Munnsville, and Brigitte and Ronald Holmes of Oneida; eight grandchildren, Brittany and Chris Eddy, Carolynn and Matt Phillips, Chandler and Kassandra Mann, Johnathon Holmes, Jared Werthman, Esther Mann, Shawn Mann, and Joshua Holmes; three great grandchildren, Isabella Eddy, Kendall Eddy, and Amelia Eddy; as well as several nieces, nephews, and cousins. Jim was predeceased by a son-in-law, Richard Werthman. At James' request there will be no calling hours or funeral service. A private graveside service will be in held at the convenience of the family. Arrangements are under the supervision of the J. Homer Ball Funeral Home, Inc., 201 James Street, Canastota. In his memory, contributions may be made to the Munnsville Volunteer Fire Department, 5210 S. Main Street, Munnsville, NY 13409.
To plant a beautiful memorial tree in memory of James Mann, please visit our Tree Store

At James' request there will be no calling hours or funeral service. A private graveside service will be held at the convenience of the family.
Online Memory & Photo Sharing Event
Online Event
About this Event

Share Your Memory of
James
Upload Your Memory View All Memories
Be the first to upload a memory!
Share A Memory
Plant a Tree