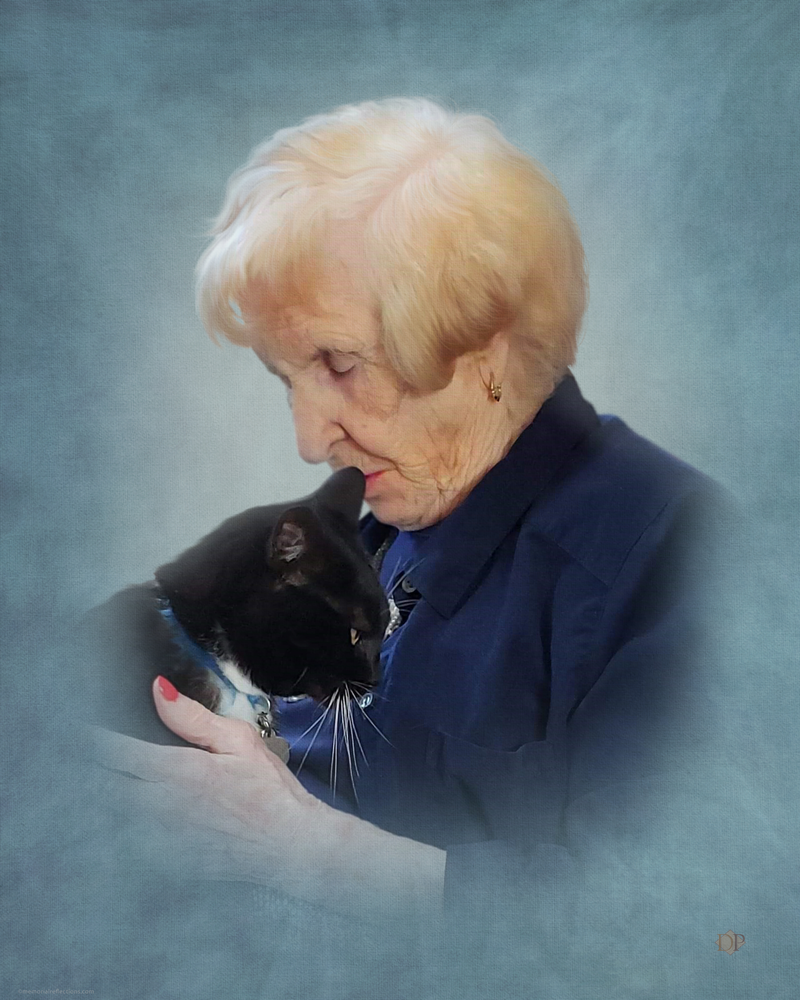 Please share a memory of Lena to include in a keepsake book for family and friends.
View Tribute Book
ONEIDA . . . Lena (Lumbrazo) Argentine, 1613 Union Street, Oneida, NY, formerly of 347 North Peterboro Street, Canastota, died peacefully at home on January 28, 2021, following a vibrant, healthy beautiful life of 104 years that spanned both the 1918 Spanish Flu & the 2021 COVID-19 Pandemics. Born on December 7, 1916, in Canastota, to Joseph & Rosalie (Chansia) Lumbrazo, Lena proudly called Canastota home for her school years and entire 64 years of marriage, moving to Oneida to live with her son & daughter-in-law after the death of her husband in 2004. Lena worked at her sisters-in-law A&M Argentine women's apparel on Peterboro Street, the Canastota Fruit Store, and Dunn's Bakery, retiring in 1982. The pride of Lena's work life was centered around their Argentine Brothers' Produce Farm in Chittenango Station; the pride of her husband Leonard John and brother-in-law James Argentine, which the two families farmed together from 1945 to 1979. A lifelong member of St. Agatha's Church in Canastota, Lena loved her Altar & Rosary Society and handmade thousands of rosaries over the years which were sent to missions. She was also a member of the Oneida Chapter AARP, enjoying retirement trips all over the Northeast! Lena married Leonard John Argentine on January 3, 1942, in Canastota. Leonard died on June 5, 2004. She enjoyed bowling, dancing, cooking and feeding her family, and watching the world go by while she and Leonard sat on their front porch. Surviving are: her son and daughter-in-law, Drs. Leonard A. and Margaret S. Argentine of Oneida, three grandchildren and spouses: Stephanie Argentine (David Reading) of Buffalo, NY, Leonard John (Robbin Hutton) Argentine of Spartanburg, SC, and Lisa Argentine McDade and Dr. Eric McDade of Webster Groves, MO; nine great-grandchildren: Benjamin, Helena, Mallory and Charlotte Reading; Leonard James, Ethan and Zachary Argentine; and Maximilian and Greta McDade; as well as several nieces, nephews and cousins. Lena was predeceased by four brothers, Theodore Lumbrazo, Michael Lumbrazo, Anthony Lumbrazo, and Louis Lumbrazo; and two sisters, Mary (Lumbrazo) DeBalso and Elizabeth (Lumbrazo) Caglia. A Mass of Christian Burial will be held at 11 a.m. on Monday, February 1, 2021, at St. Agatha's Church, 329 N. Peterboro Street, Canastota, with Fr. Nathan Brooks officiating. Burial will be in St. Agatha's Cemetery, Canastota. Face coverings and social distancing are required. Due to COVID-19 there will be no calling hours. Arrangements are under the supervision of the J. Homer Ball Funeral Home, Inc., 201 James Street, Canastota. In Lena's memory, contributions may be made to St. Agatha's Church, 329 North Peterboro Street, Canastota, NY 13032, with envelopes available at the church.
To plant a beautiful memorial tree in memory of Lena Argentine, please visit our Tree Store
Monday
1
February

Share Your Memory of
Lena
Upload Your Memory View All Memories
Be the first to upload a memory!
Share A Memory
Plant a Tree