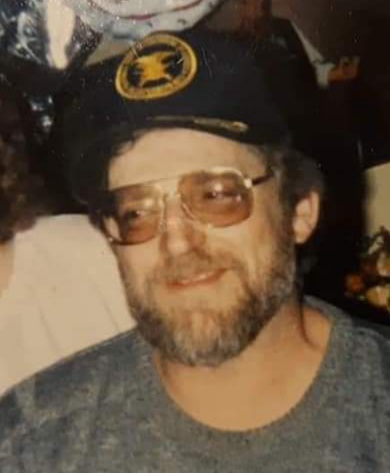 Please share a memory of William to include in a keepsake book for family and friends.
View Tribute Book
VERONA . . . William M. Lenhart, Sr., 68, of 5804 Germany Road, Verona, passed away on Sunday, January 31, 2021, at his home surrounded by his family, following a lengthy illness. He was born on January 18, 1953, in Newark, NY, the son of the late William and Matilda (Scutella) Lenhart. Bill spent his early years in Newark, attending Newark High School, where he was on the swim team. He later attended SUNY Morrisville. Bill has lived in Canastota and West Eaton, moving to Verona 2 years ago. He worked as a Union Roofer in Syracuse for 20 years. Bill served in the United States Marine Corps. He enjoyed fishing, hunting, crossword puzzles, swimming, Lottery tickets, and spending time with his family. Bill loved his faithful four legged companion, Bella, and he is a Buffalo Bills fan. Bill married Alicia J. Nodine on January 31, 1981, in Vienna. Surviving besides his wife, Alicia, are: four sons and three daughters-in-law, William, Jr. and Heather Lenhart of Blossvale, Marc Collins of Canastota, Michael and Georgia Lenhart of Hamilton, and Matthew, Sr. and Erin Lenhart of Canastota: one daughter, Stephanie Lenhart of Tully; nine grandchildren, William Lenhart, III, Matthew Lenhart, Jr., Katelyn Browell, Kyrsten Galavotti, Anthony, Nathan, Tuesdae and LeAnna Race, and Emiliana Frasier; three great grandchildren, Theo Race, Dominic Race, and Zaiden Lenhart; four brothers and sisters-in-law, Walter and Carol Lenhart of Florida, Mark and Lori Lenhart of N. Carolina, Matthew and Terry Lenhart of Florida, and Martin "Barney" and Mary Lenhart of Florida; one sister and brothers-in-law, Marsha and Eric Mathewson of Syracuse; as well as several aunts, uncles, nieces, nephews, and cousins. Bill was predeceased by one sister, Melody Brown. Due to the COVID-19 Pandemic there will be no calling hours or funeral service at this time. The family will have a Celebration of his Life in the late Spring, at a date and time to be announced. Arrangements are under the supervision of the J. Homer Ball Funeral Home, Inc., 201 James Street, Canastota.
To plant a beautiful memorial tree in memory of William Lenhart, Sr., please visit our Tree Store

The family will have a Celebration of his Life in the late Spring, at a date and time to be announced.
Online Memory & Photo Sharing Event
Online Event
About this Event