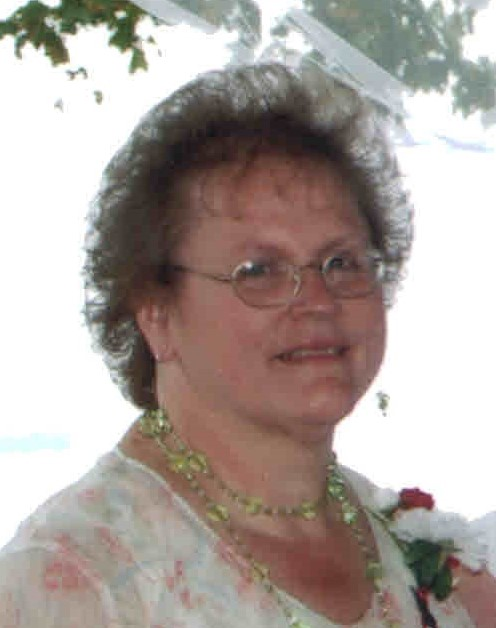 Please share a memory of Gertrude to include in a keepsake book for family and friends.
View Tribute Book
CANASTOTA . . . Gertrude R. "Trudy" DeVaul, 73, of 119 West Park Street, Canastota, passed away unexpectedly on Tuesday, April 6, 2021, at Upstate University Hospital Syracuse. She was born on March 4, 1948, in Oneida, the daughter of the late Francis and Wilda (Brown) Roseman. Trudy spent her early years in the Fish Creek Landing area, graduating from Camden Central School in 1966. She has lived in Canastota most of her life. She worked for DHD Healthcare in Wampsville for more than twenty years, retiring in 2008. Trudy enjoyed the outdoors, gardening, crossword puzzles, adult coloring, baking, making meals for her coworkers, and spending time with her family, especially taking her grandchildren to Verona Beach State Park. She married Robert F. "Bob" DeVaul, Sr. on March 30, 1968, in Vienna. Bob passed away on November 23, 2009. Surviving are: one son and daughter-in-law, Robert F., Jr. and Kathy DeVaul of Chittenango; two grandchildren, Robert DeVaul, III, and Mina DeVaul; one brother, Edward Roseman of Michigan; five sisters, Darla and John Zimmer of Blossvale, Gloria and Daniel Lewis of Ballston Spa, Ruth Roseman of Durhamville, Lori and James Bray of N. Bay, and Kelli and Ted Learned of Camden; one sister-in-law, Linda Roseman of Canastota; as well as many nieces, nephews, and cousins. Trudy was predeceased by one brother, William Roseman. Calling hours will be held on Friday, from 5 to 7 p.m. at the J. Homer Ball Funeral Home, Inc., 201 James Street, Canastota. Face coverings and social distancing are required. Private funeral services will be held at the convenience of the family. The Rev. Sally Buyea, will officiate. Burial will be in Lenox Rural Cemetery, Canastota. In her memory, contributions may be made to Wanderers' Rest Humane Association, Inc., PO Box 535, Canastota, NY 13032, with envelopes available at the funeral home.
To plant a beautiful memorial tree in memory of Gertrude DeVaul, please visit our Tree Store
Friday
9
April

Private funeral services will be held at the convenience of the family.
Online Memory & Photo Sharing Event
Online Event
About this Event

Share Your Memory of
Gertrude
Upload Your Memory View All Memories
Be the first to upload a memory!
Share A Memory
Plant a Tree