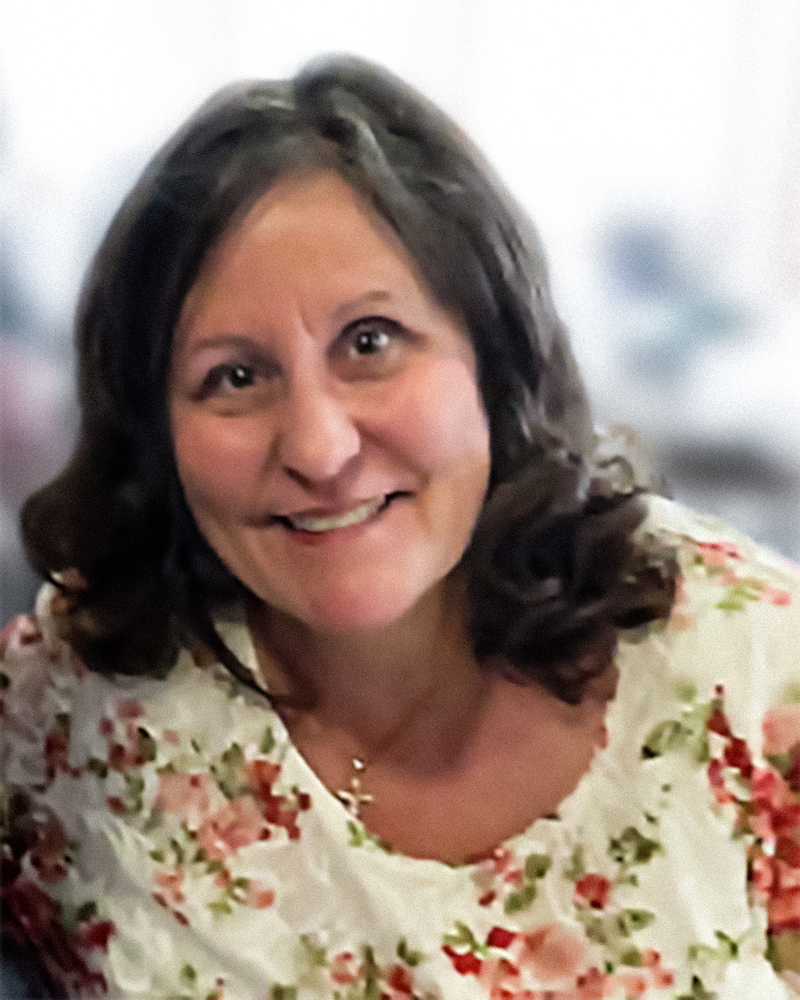 Please share a memory of Angeline to include in a keepsake book for family and friends.
View Tribute Book
CANASTOTA . . . Angeline "Angie" (Grago) Iannone, 65, of 3692 Pine Ridge Road, Canastota, passed away unexpectedly on Friday, April 16, 2021, at St. Joseph's Hospital, Syracuse, following a brief illness. She was born on December 14, 1955, in Canastota, the daughter of the late Samuel and Reatha (DeGroat) Grago. Angie was a lifelong resident of Canastota, graduating from Canastota High School in 1974. She was a bookkeeper for many years, working for various companies, including Iannone Custom Homes, where she worked alongside her husband, John. Angie was a member of the St. Agatha's Church in Canastota. She was a member of the Thread Bears Quilters' Guild, and was the Vice-President and a member of the Mohican Model A Club. Angie spent most of her life caring for others. She enjoyed gardening, sewing, camping, baking and crafting with her great grandchildren, and spending time with her family and friends. She married John D. Iannone, on October 15, 2005, in Vernon, but they have been together for 42 years. Surviving besides her husband, John, are: two sons, John Iannone and Julie Hinman of Kirkville, and James Iannone of Canastota; two daughters, Christine and Robert Coe, and Charlene Iannone and John Wimmer, all of Canastota; eight grandchildren, Ryan Coe, Meghan and Heath Samsel, Jessica Wimmer, Jacob Wimmer, Alex Iannone, Gavin Iannone, Lennon Iannone, and Brandon Metcalf; ten great grandchildren, Summer, Natalie, Trenten, Caden, Addysen, Zaine, Greysen, Aurabella, Marhianna, and Evelynn; three brothers, James Grago of Canastota, Samuel and Nancy Grago of Lakeport, and Morrow and Susan Grago of Florida; one sister, Edna and Thomas Cooper of Canastota; as well as several nieces, nephews, and cousins. Angie was predeceased by two sisters, Reatha "Snooky" Grago, and Louise Pulverenti. Calling hours will be held from 4 to 7 p.m. on Monday, April 19, 2021, at the J. Homer Ball Funeral Home, Inc., 201 James Street, Canastota. A funeral mass will be held at 1 p.m. on Tuesday, April 20, 2021, at St. Agatha's Church, 329 N. Peterboro Street, Canastota. Face coverings and social distancing are required. The Rev. Christopher J. Ballard, Pastor, will officiate. Burial will be in St. Agatha's Cemetery, Canastota. In her memory, contributions may be made to the Greater Lenox Ambulance Service (GLASS), PO Box 382, Canastota, NY 13032, or to Agatha's Church, 329 N. Peterboro Street, Canastota, NY 13032, with envelopes available at the funeral home.
To plant a beautiful memorial tree in memory of Angeline Iannone, please visit our Tree Store
Monday
19
April

Share Your Memory of
Angeline
Upload Your Memory View All Memories
Be the first to upload a memory!
Share A Memory
Plant a Tree