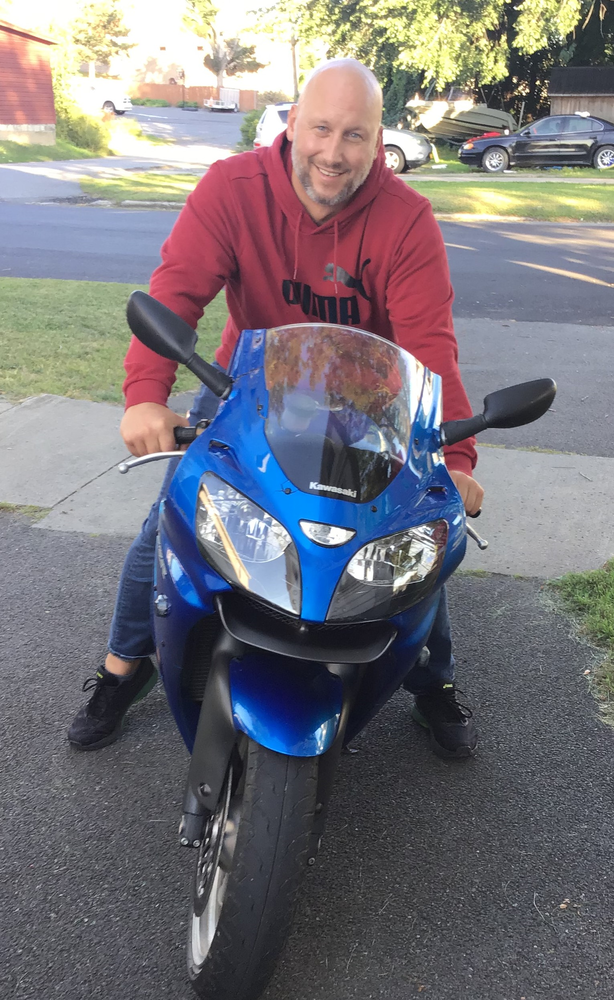 Please share a memory of Ernest to include in a keepsake book for family and friends.
View Tribute Book
CANASTOTA . . . Ernest P. Catello, III, 43, of 484 Pheasant Run, Canastota, and a longtime resident of Rome, passed away unexpectedly on Sunday, May 23, 2021, at his home. He was born on October 10, 1977, in Rome, the son of Ernest P. Catello and Diane (Loson) Catello. Ernie lived in Rome most of his life, attending Rome Free Academy, and he later attended Mohawk Valley Community College in Utica. He has lived in Canastota for the last year. He has been a residential counselor in the Utica area for the last ten years. Ernie loved people, and enjoyed the outdoors, fishing, playing golf, and spending time with his family. He was of the Catholic Faith. Surviving are: two daughters, Kristina M. Campbell, and Naomi L. Catello, both of Rome; one son, Evan M. Catello of Rome; his parents of Rome; maternal grandmother, Omela Wojdyla of Rome; paternal grandparents, Beverly and Robert Britt of Camden; one brother, Nicholas I. Catello of Rome; two sisters, Rachel E. Catello, and Tonya Meyers, both of Rome; as well as several aunts, uncles, nieces, nephews, and cousins. Ernie was predeceased by his maternal grandfather, Paul Loson; and his paternal grandfather, Ernest P. Catello. Private services will be held at the convenience of the family. Arrangements are under the supervision of the J. Homer Ball Funeral Home, Inc., 201 James Street, Canastota. In his memory, contributions may be made to BRIDGES, 112 Farrier Avenue, Suite 314, Oneida, NY 13421.
To plant a beautiful memorial tree in memory of Ernest Catello III, please visit our Tree Store

Private services will be held at the convenience of the family.
Online Memory & Photo Sharing Event
Online Event
About this Event

Share Your Memory of
Ernest
Upload Your Memory View All Memories
Be the first to upload a memory!
Share A Memory
Plant a Tree