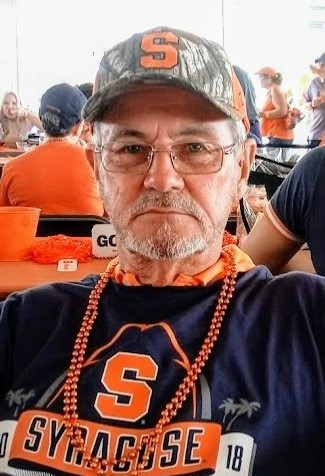 Please share a memory of Peter to include in a keepsake book for family and friends.
View Tribute Book
CANASTOTA . . . Peter J. Kilts, 72, of The Villages, Florida, and a longtime Canastota and Chittenango resident, passed away on Sunday, April 25, 2021. He was born on August 16, 1948, in Canastota, New York, the son of the late Leonard and Lillian (Wheeler) Kilts. Peter spent his early years in Canastota, graduating from Canastota High School in1967. He lived in Chittenango for many years, moving back to Canastota in 2005, and wintering in The Villages, until moving there full time in 2020. In 1974, inspired by a neighbor, Jim Gregg he established a precast concrete manufacturing company (P & S Concrete Products, Ltd.) He and his wife Sharon worked 44 plus years developing what became their success story, retiring in July 2020. In 1991 he was the key partner in the development of Woodcrest Golf Course. Peter was a member of the Sons of the American Legion Post 219 in Fruitland Park, Florida. He loved spending time with his family, golfing (most of the time) and socializing with his numerous friends. Pete will be eternally missed by all who had the pleasure to love him. Peter married Sharon M. Fox on February 7,1970, in Chittenango, and they spent 51 wonderful years together. Surviving besides his wife, Sharon, are: one daughter, Kelly Scheid of Belleview, Florida; grandsons, Jordan Scheid, Jacob Scheid, Joseph Lorini, and granddaughter, Jenna Lorini, all of Chittenango; several brothers-in-law; sisters-in-law; nieces, nephews, cousins, and three very special friends, Howard Tucker, Phil Tucker, and Mike Nesbitt, all of whom he considered his brothers from other mothers. He was preceded in death by his parents, Leonard and Lillian Kilts; two brothers, Roger and Judson Kilts; and a nephew, David Kilts. Family and friends are invited to calling hours from 1 to 3 p.m. on Saturday, July 10, 2021, at the J. Homer Ball Funeral Home, Inc., 201 James Street, Canastota. A memorial service will follow at 3 p.m. at the funeral home. The Rev. William M. Wilcox will officiate. Immediately following the memorial service, there will be a Celebration of his Life at the Canastota American Legion Post #140. In lieu of flowers, contributions in his memory may be made to the American Legion Charles Miller Post # 140, 325 S. Peterboro Street, Canastota, NY 13032, with envelopes available at the funeral home.
To plant a beautiful memorial tree in memory of Peter Kilts, please visit our Tree Store
Saturday
10
July

Immediately following the memorial service, there will be a Celebration of his Life at the Canastota American Legion Post #140.
Online Memory & Photo Sharing Event
Online Event
About this Event

Share Your Memory of
Peter
Upload Your Memory View All Memories
Be the first to upload a memory!
Share A Memory
Plant a Tree