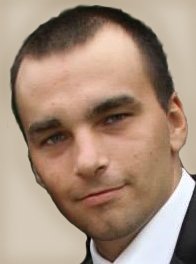 Obituary of Michael A. Bombard

Please share a memory of Michael to include in a keepsake book for family and friends.
View Tribute Book
CANASTOTA, NY Michael A. Bombard, 30, of Canastota, passed away unexpectedly on Thursday, August 12, 2021 at his home. He was born on June 6, 1991 in Rome a son of Larry A. and Rita M. (Durant) Bombard. Michael attended Oneida High School and most recently was employed by Paragon Environmental Construction Company in Syracuse where he was a Heavy Equipment Operator. On September 6, 2014 he married the former Kali Menikheim. Mike enjoyed four wheeling, fishing, and construction projects but his favorite times where spent when he was with his family and many friends where he was always the life of the party. Surviving are his wife, Kali; a daughter, Aria J. Bombard; a son, Aiden M. Bombard, all of Canastota; his parents, Larry A. and Rita M. Bombard of Bouckville; a brother, Matthew J. Bombard of Madison; and a sister and brother-in-law, Michelle L. and Jason Marsala of Eaton. He is also survived by many aunts, uncles, nieces, nephews, cousins, in-laws, and many special friends. Funeral services for Michael will be held on Sunday, August 22, 2021 at 1:00pm at the J. Homer Ball Funeral Home, Inc. 201 James Street, Canastota. The Rev. William Wilcox will officiate. Share condolences at: Jhomerballfuneralhome.com
To plant a beautiful memorial tree in memory of Michael Bombard, please visit our Tree Store
Print
Sunday
22
August