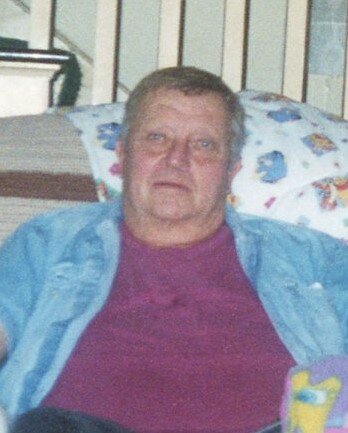 Please share a memory of George to include in a keepsake book for family and friends.
View Tribute Book
CANASTOTA, NY George H. Robotham, 83, of Canastota, passed away on Monday, August 16, 2021 at the VA Medical Health Care Center in Syracuse. He was born on September 17, 1937 in Canastota a son of the late Kenneth B. and Bessie (Hertel) Robotham. George received his education in Canastota schools and was a proud U.S. Air Force veteran. On May 27, 1959, in Sherrill, he was married to the former, Carol A. Bonaventura the couple shared in a union blessed with over 62 years of marriage. Mr. Robotham retired from Scanlon Trucking & Excavating, LLC in Marcellus. An avid outdoorsman he enjoyed hunting, fishing, motorcycle riding, and especially enjoyed spending time with his cats. Surviving are his wife, Carol; a daughter, Terri Robotham; two sons and a daughter-in-law, Kenneth and Michelle (Tornatore) Robotham, and Steven Robotham all of Canastota; Grandchildren, Shawn Pluff, Courtney, Kenneth, Jr., and Kyle Robotham, and Tayia Williamson; and several great grandchildren. He is also survived by several nieces, nephews, great nieces, great nephews, cousins and in-laws, Helen Fabrizi of Canastota, Joseph and Leona Bonaventura of CA, and Harold Bonaventura of Canastota. He was preceded in death by two brothers, Robert and Gary Edward Robotham; and a sister, Beverly Rapasadi. In keeping with George’s wishes, all services were held privately. Burial took place in Whitelaw Cemetery at the convenance of the family. Arrangements are under the care of the J. Homer Ball Funeral Home, Inc., 201 James Street, Canastota. In his memory, contributions may be made to, Wanderers’ Rest Humane Association, P.O. Box 535, Canastota, NY, 13032 or the DAV Transportation, 800 Irving Ave., Syracuse, NY, 13210 Share condolences at: Jhomerballfuneralhome.com
To plant a beautiful memorial tree in memory of George Robotham, please visit our Tree Store

A Memorial Tree was planted for George
We are deeply sorry for your loss ~ the staff at J Homer Ball Funeral Home Inc.
Join in honoring their life - plant a memorial tree
Services for George Robotham
There are no events scheduled. You can still show your support by planting a tree in memory of George Robotham.
Plant a tree in memory of George
Print
Online Memory & Photo Sharing Event
Online Event
About this Event