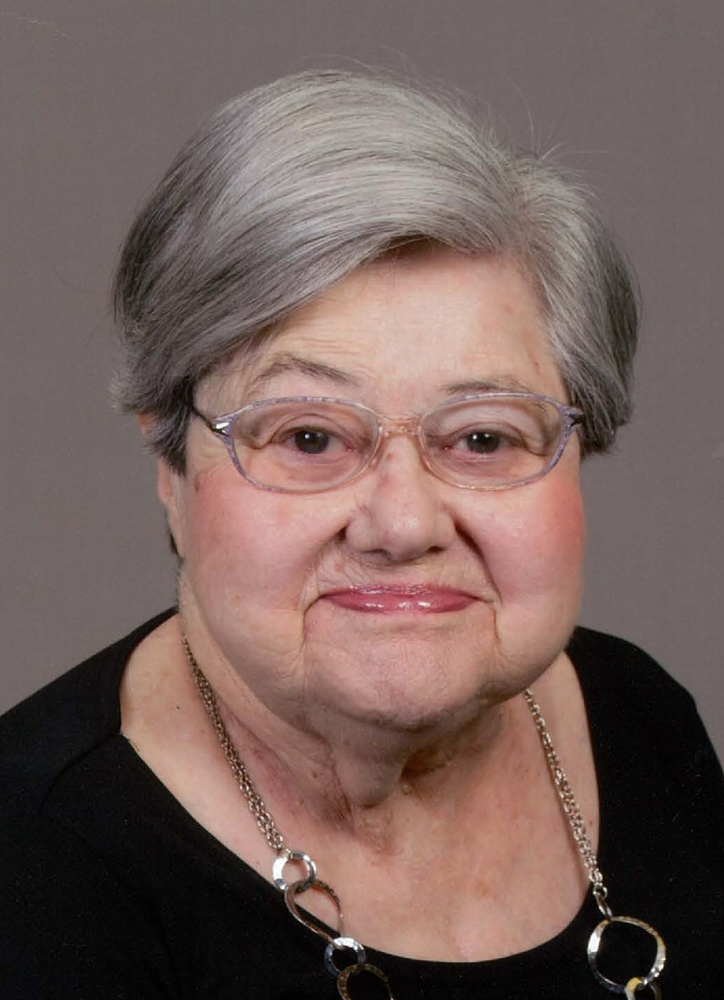 Please share a memory of Jane to include in a keepsake book for family and friends.
View Tribute Book
CANASTOTA . . . Carol Jane Paone, 89, formerly of 318 New Boston Street, Canastota, passed away on October 2, 2021, in Gainesville, FL, at the home of her daughter. She was born on June 14, 1932, in Canastota, the daughter of Alton and Mildred (Boice) Phipps. Jane, as she was fondly known by friends and family, lived in the Clockville and Canastota area most of her life. She was a 1949 graduate of Canastota High School. Jane moved to Loudonville, NY, in the fall of 2008, to be near her daughter, Pamela, and later moved to Gainesville, FL, to be near her daughter, Michele. She was the Deputy Clerk for the Town of Lenox and then a Court Attendant for the Madison County New York Sherriff's Department for over fourteen years, retiring in 2008. She also held the positions of Tax Collector and Registrar for the Town of Lenox. Jane was a member of St. Agatha's Church, and a member of the Altar-Rosary Society. She was also a member and long-time Secretary of the Mohican Model A Ford Club. She enjoyed crafts, crocheting, knitting, reading, and spending time with her family, especially her grandchildren. Jane married Samuel R. Paone on April 20, 1949, at St. Agatha's Church in Canastota. Sam passed away on March 28, 2008. Surviving are: three daughters and two sons-in-law, Michele and William Peel of Gainesville, FL, Pamela Poppel of Salt Lake City, UT, and Denise and Michael Frigo of Newnan, GA; five grandchildren, Jennifer Bui (Thien), K. Scott Taft (Nicole), Joshua Poppel (Marta McCrum), M. Tyler Frigo (Erin Burk), and Rachael Frigo (Ryan Wass); five great grandchildren; as well as several nieces, nephews, and cousins. Jane was predeceased by a brother, Donald Phipps; and three sisters, Beatrice "Betty" Myers, Audrey Tuttle, and Joan Belpulsi. Calling hours will be held on Friday, October 22, 2021, from 5 to 7:30 p.m. at the J. Homer Ball Funeral Home, Inc., 201 James Street, Canastota. A funeral mass will be held at 10 a.m. on Saturday, October 23, 2021, at St. Agatha's Church, 329 N. Peterboro Street, Canastota. The Rev. Nathan Brooks will officiate. Burial will be in St. Agatha's Cemetery, Canastota. In her memory, contributions may be made to St. Agatha's Church, c/o Central Office, 121 St. Joseph's Place, Oneida, NY 13421, or Haven Hospice, 4200 NW 90th Blvd., Gainesville, FL 32602 or beyourhaven.org
To plant a beautiful memorial tree in memory of Jane Paone, please visit our Tree Store
Friday
22
October

Share Your Memory of
Jane
Upload Your Memory View All Memories
Be the first to upload a memory!
Share A Memory
Plant a Tree