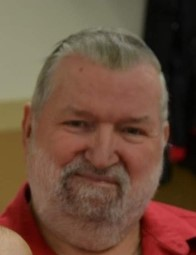 Please share a memory of Glenn to include in a keepsake book for family and friends.
View Tribute Book
CANASTOTA . . . Glenn E. Egelston, 80, of 25 East Grago Blvd., Canastota, passed away unexpectedly on Thursday, October 14, 2021, at Community Memorial Hospital, Hamilton, following a brief illness. He was born on January 18, 1941, in Oneida, one of ten children of the late Earl and Etta (Hoffman) Egelston. Glenn spent his early years in Oneida, graduating from Oneida High School, and later attended Seminary School in Allentown, PA. He has lived in Canastota for the past 45 years. He was a US Army Veteran, serving during the Korean War. Glenn worked for Oneida Hospital for 37 years, retiring in 2005. He enjoyed camping, watching television, and spending time with his family. Glenn married Mary Alice Maxwell on May 20, 1979, in Cazenovia. Mary Alice passed away on March 9, 2014. Surviving are: one son, Martin Egelston of Taberg; five daughters, Sheryl and Jesse Dickenson of Oneida, Kathy Egelston of Camden, Melinda Parmeter of Canastota, Jodi Dickenson of Groton, and Jenny and Randy Kikta of Bath, PA; three brothers, Jack and Ginnie Egelston of Alabama, Edmund and Glenda Egelston of Munnsville, and James and Kiesa Egelston of Munnsville; numerous grandchildren and great grandchildren; as well as many nieces, nephews, and cousins. Glenn was predeceased by five brothers, Earl, Albert, Leonard, Ward, and Roger Egelston; and one sister, Jean Egelston. Memorial services will be held at 1 p.m. on Thursday, October 21, 2021, at the First Baptist Church, 520 Tuscarora Road, Chittenango. The Rev. Daniel Maxfield, Jr. will officiate. In his memory, contributions may be made to the First Baptist Church, 520 Tuscarora Road, Chittenango, 13037.
To plant a beautiful memorial tree in memory of Glenn Egelston, please visit our Tree Store
Thursday
21
October

Share Your Memory of
Glenn
Upload Your Memory View All Memories
Be the first to upload a memory!
Share A Memory
Plant a Tree