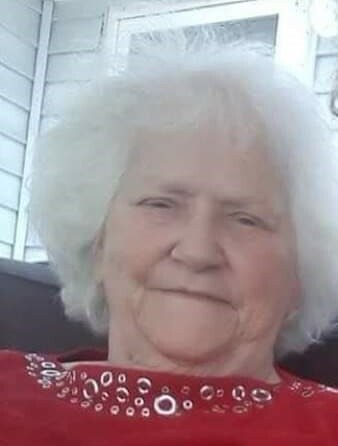 Please share a memory of Bernice to include in a keepsake book for family and friends.
View Tribute Book
LAKEPORT . . . Bernice R. Compson, 78, of 103 Larkin Avenue, Canastota, passed away on Wednesday, January 19, 2022, at her home, surrounded by her family following a lengthy illness. She was born on January 8, 1944, in Syracuse, the daughter of the late Clarence and Alice (Scoville) Wescott. Bernice spent her early years in Syracuse, graduating from the Syracuse schools. She later moved to Lakeport, where she has lived for more than 40 years. She retired from Oneida Container in Vernon, after working there for many years. Bernice enjoyed doing puzzles, bird watching, hunting, fishing, pottery, gardening, painting, cooking, her animals, and Jurassic Park 3. She married Francis D. Compson on December 30, 1966, in Baldwinsville. Francis passed away on October 18, 2021. Surviving are: two daughters, Debra and Thomas Fox, Jr. of Canastota, and Denise and Martin Hernandez of California; one brother, Richard Wescott of Jordan; one sister, Marylou Carpenter of Lakeport; seven grandchildren; twenty-two great grandchildren; one great great granddaughter; as well as several nieces, nephews, and cousins. Bernice was predeceased by one sister, Betty Maloof. Funeral Services will be held at 11 a.m. on Monday, January 24, 2022, at the J. Homer Ball Funeral Home, Inc., 201 James Street, Canastota. Pastor Donna Chapman of the Whitelaw Presbyterian Church will officiate. Burial will be in Oneida Lake Cemetery, Messenger's Bay. A gathering for family and friend will be held on Monday from 1:30 to 4 p.m. at American Legion Charles Miller Post # 140, 325 S. Peterboro Street, Canastota. In her memory, contributions may be made to Hospice and Palliative Care, Inc., 4277 Middle Settlement Road, New Hartford, NY 13413, with envelopes available at the funeral home.
To plant a beautiful memorial tree in memory of Bernice Compson, please visit our Tree Store
Monday
24
January

Share Your Memory of
Bernice
Upload Your Memory View All Memories
Be the first to upload a memory!
Share A Memory
Plant a Tree