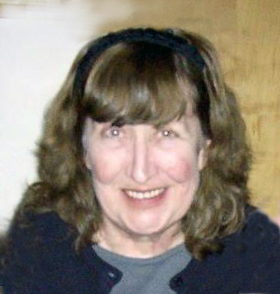 Please share a memory of Joan to include in a keepsake book for family and friends.
View Tribute Book
WATSONTOWN, PA . . . Joan D. Hood, 80, of 175 Lehman Drive, Watsontown, PA, and a former Canastota resident, passed away unexpectedly on Thursday, February 10, 2022, at her home. She was born on April 15, 1941, in Oneida, a daughter of the late LeRoy "Pete" and Arlene "Toni" (Philo) Dixon. Joan spent her early years in Oneida, graduating from Oneida High School. She later lived in Canastota from 1959 to 1975, when she moved to Watsontown, PA. She worked as a Nurses Aide for many years at Kramm Healthcare Center in Milton, PA. Joan had also worked as a mail carrier for the Canastota Post Office, delivered newspapers for the Syracuse Hearld Journal, and worked at the Arrowhead Restaurant in Milton, PA. Joan was a member of the Whitelaw Presbyterian Church. She enjoyed knitting, reading, baking, animals, birds, plants, watching crime, home improvement, and animal shows, and spending time with her family, especially her grandchildren and great grandchildren. Joan married Charles H. Hood on December 31, 1957, in Canastota. Charlie passed away on November 11, 2005. Surviving are: two sons, Charles "Charlie" Hood of Canastota, and Pete Hood and his companion, Rick Reigel, of Watsontown, PA; two daughters and a son-in-law, Sue Hood LaBarre of Canastota, and Jill and Richard Kilts of Oneida; two brothers and sisters-in-law, Leon and Vicky Dixon of Yerington, NV, Gary "Rick" Dixon of Oswego, and Marion "Sue" Dixon of Canastota; eleven grandchildren; thirteen great grandchildren; one great great grandchild; her in-laws, Wesley and Linda Hood, Lois Hood, Harry Hood, and Gail Hood; as well as several nieces, nephews and cousins. Joan was predeceased by two brothers, Herbert Dixon and Gary Dixon. Funeral services will be held at 4 p.m. on Wednesday, February 16, 2022, at the Whitelaw Presbyterian Church, 3085 Whitelaw Road West, Canastota, with Pastor Donna Chapman officiating. Burial will be in Whitelaw Cemetery. Calling hours will be held on Tuesday from 4 to 7 p.m. at the J. Homer Ball Funeral Home, Inc., 201 James Street, Canastota. The family requests that masks be worn at the funeral home and church. In her memory, contributions may be made to the Whitelaw Presbyterian Church, 3085 Whitelaw Road West, Canastota, NY 13032, or to Wanderers' Rest Humane Association, Inc., PO Box 535, Canastota, NY 13032, with envelopes available at the funeral home and church.
To plant a beautiful memorial tree in memory of Joan Hood, please visit our Tree Store
Tuesday
15
February