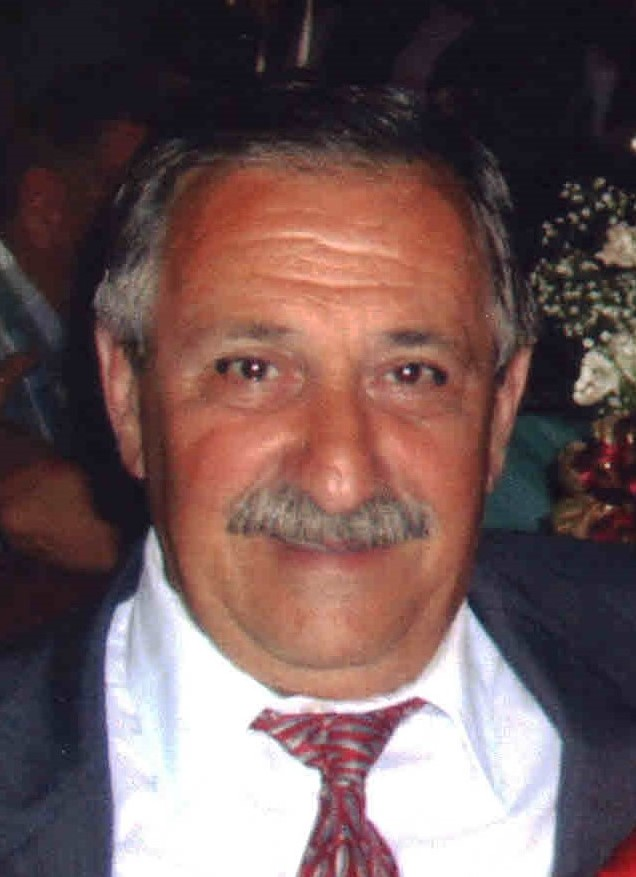 Please share a memory of Sam to include in a keepsake book for family and friends.
View Tribute Book
CANASTOTA . . . Sam J. "Bunny" Passante, 91, of 204 N. Main Street, Canastota, passed away on Monday, February 14, 2022, at Community Memorial Hospital, Hamilton, following a brief illness. He was born on April 23, 1930, in Canastota, the son of the late Mariano and Mary (DeVencenzo) Passante. Bunny has lived in Canastota all of his life, and attended the Canastota schools. He worked for V. Giufre & Sons Produce in Canastota for more than 40 years, retiring in 1997. Bunny was a member of St. Agatha's Church in Canastota. He looked forward to Sunday dinners with his family, and enjoyed spending time with his family, especially his grandchildren and great grandchildren. They brought him so much joy. He worked hard all of his life, but always found time to spend at the "muck" with his father, Mariano, his brother, Nick, and his son, Tom. Bunny married Josephine "Jay" Giufre on November 27, 1952, in Canastota. Jay passed away on January 12, 2020. Surviving are: one son and daughter-in-law, Thomas and Sandy Passante of Canastota; one daughter and son-in-law, Mary and Patrick James of Oneida; his beloved grandchildren, Alyse and Joseph DiGeorge of Canastota, and Kayla and Joshua Duffy of Cazenovia; beloved great grandchildren, Joseph Michael DiGeorge, Sophia Josephine DiGeorge, Arianna Jae Duffy, and Luca Jay Duffy; one brother-in-law and two sisters-in-law, Carmen and Muriel Giufre of Fayetteville, and Mary Cesario of Stuart, FL; as well as many nieces, nephews, and cousins. Bunny was predeceased by one brother, Nicholas Passante; two sisters, Mary Awad, and Rose Lucarelli; four brothers-in-law, Anthony Giufre, Salvatore "Sam" Giufre, Frank "Sharkie" Giufre, and Giuseppe Giufre; and two sisters-in-law, Freida Buda, and Angeline Starks The family would like to thank Frankie, Brenda, and Margarette for the kind and compassionate care they gave to Bunny. Funeral services will be held at 11 a.m. on Monday, February 21, 2022, at St. Agatha's Church, 329 N. Peterboro Street, Canastota. The Rev. Christopher Ballard will officiate. Burial will be in St. Agatha's Cemetery, Canastota. There will be no public calling hours. Arrangements are under the supervision of the J. Homer Ball Funeral Home, Inc., 201 James Street, Canastota. In Bunny's memory, contributions may be made to the Greater Lenox Ambulance Service, Inc. (GLAS), PO Box 382, Canastota, NY 13032, with envelopes available at the church.
To plant a beautiful memorial tree in memory of Sam Passante, please visit our Tree Store
Monday
21
February

There will be no public calling hours.
Online Memory & Photo Sharing Event
Online Event
About this Event

Share Your Memory of
Sam
Upload Your Memory View All Memories
Be the first to upload a memory!
Share A Memory
Plant a Tree