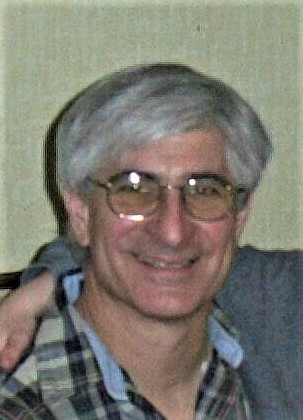 Please share a memory of Richard to include in a keepsake book for family and friends.
View Tribute Book
CANASTOTA . . . Richard M. Raymond, 72, of 701 N. Peterboro Street, Canastota, passed away on Thursday, February 16, 2022, at Oneida Healthcare, following a brief illness. He was born on September 12, 1949, in Oneida, the son of Richard D. and Florence (Argentine) Raymond. Dick has lived in Canastota all of his life, graduating from Canastota High School in 1967, and later graduating Onondaga County Community College. He owned and operated Raymond's Auto Sales and Cycle Works in Canastota for 41 years. Dick was a member of St. Agatha's Church in Canastota. He enjoyed riding motorcycles, classic cars, collecting model trains, and spending time with his family and friends. Dick was a member of the Antique Motorcycle Club of America. Surviving are: his life-partner of 30 years, Rosemary Goff; his mother, Florence Raymond of Canastota; one brother and sister-in-law, Ronald P. Raymond and Sunnet "Sunny" Placito-Raymond of Munnsville; and his cat, Simon. Dick was predeceased by his father Richard D. Raymond. Calling hours will be held from 10 a.m. to 12 Noon on Wednesday, February 23, 2022, at St. Agatha's Church, 329 N. Peterboro Street, Canastota. A funeral mass will follow at 12 Noon at the church. The Rev. Christopher Ballard will officiate. Burial will be in St. Agatha's Cemetery, Canastota. Arrangements are under the supervision of the J. Homer Ball Funeral Home, Inc., 201 James Street, Canastota. In lieu of flowers, the family requests that contributions may be made his memory to the Wanderers' Rest Humane Association, Inc., PO Box 535, Canastota, NY 13032, with envelopes available at the church.
To plant a beautiful memorial tree in memory of Richard Raymond, please visit our Tree Store
Wednesday
23
February