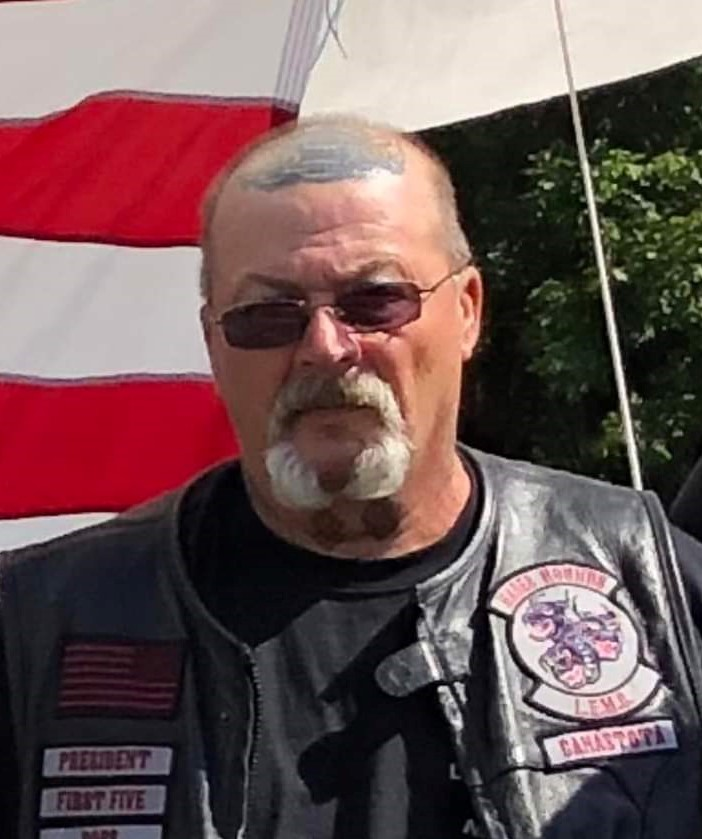 Please share a memory of Donald to include in a keepsake book for family and friends.
View Tribute Book
CANASTOTA . . . Donald E. "Donnie" Morris, 72, also known as "Pops", of 2891 Tag Road, Canastota, passed away on Thursday, June 30, 2022, at Rome Memorial Hospital, following a lengthy illness. He was born on April 1, 1950, in Rome, the son of the late Clarence and Madeline (Rood) Morris. Donnie spent his early years in Rome, later living in Oneida and attending the Oneida schools. He has lived in Canastota most of his life. He worked for Mohawk Valley Oil Company in Marcy for more than twenty years, retiring in 2003, and had previously worked at Gray-Syracuse in Chittenango. Donnie was a retired President with Honors of the Title Town Chapter of Hades Hounds Motorcycle Club (L.E. M.C.), and enjoyed Hot Rods, fishing, bowling, birds, and spending time with his family and friends. He married Linda M. Poppleton on July 29, 1978, in Wampsville. Surviving are: three sons and two daughters-in-law, Spike Klahs of Canastota, Donald and Tina Harp of Canastota, and Kevin and Kirsten Morris of Canastota; one daughter, Amy Zwawa of West Virginia; ten grandchildren; five great grandchildren; as well as several nieces, nephews, and cousins. Donnie was predeceased by one sister, Judy Buck. Calling hours will be held from 5 to 8 p.m. on Thursday, July 7, 2022, at the J. Homer Ball Funeral Home, Inc., 201 James Street, Canastota. Funeral services will be held at 11 a.m. on Friday, July 8, 2022, at the funeral home. Pastor Donna Chapman of the Whitelaw Presbyterian Church will officiate. In his memory, contributions may be made to Wanderers' Rest Humane Association, Inc., PO Box 535, Canastota, NY 13032, with envelopes available at the funeral home.
To plant a beautiful memorial tree in memory of Donald Morris, please visit our Tree Store
Thursday
7
July