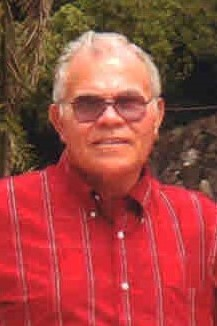 Please share a memory of Hector to include in a keepsake book for family and friends.
View Tribute Book
CANASTOTA . . . Hector M. Cortes, 79, of 3351 Pine Ridge Road, Canastota, passed away on Monday, July 25, 2022, at Crouse Hospital, Syracuse, following a brief illness. He was born on November 22, 1942, in Utuado, Puerto Rico, the son of the late Manuel Cortes and Juana Albarran. Hector spent his early years in Puerto Rico, and has lived in Canastota most of his life. He worked at Oneida Limited in Sherrill for thirty-one years, retiring in 1999. In his younger years he was a boxer and trainer. Hector was of the Catholic faith. He enjoyed hunting, taking care of his farm animals, being outdoors, puttering around the property, and spending time with his family, especially his grandchildren, great grandchildren, and great great grandchildren. Hector married Joyce I. Hart on May 1, 1965, in Canastota. Surviving besides his wife, Joyce, are: six sons, Robert Musacchio, David and Felicia Musacchio, and Michael and Thelma Musacchio, all of Canastota, Hector Cortes, Jr. of Chittenango, Jose and Bonnie Cortes of Munnsville, and James Cortes of Durhamville; one daughter, Teresa Cortes of Canastota; three brothers, Wilson Cortes of Morrisville, William Cortes of Rome, and Jesus Domena of Jewel; two sisters, Blanca "Margarita" Morris of Jacksonville, FL, and Clara and Ricardo Finney of Hawaii; twenty-four grandchildren; many great grandchildren; great great grandchildren; as well as many nieces, nephews, and cousins. Hector was predeceased by four brothers; and three sisters. Calling hours will be held from 5 to 8 p.m. on Monday, August 1, 2022, at the J. Homer Ball Funeral Home, Inc., 201 James Street, Canastota. Funeral services will be held at 11 a.m. on Tuesday, August 2, 2022, at the funeral home. Deacon David Schiltz of St. Agatha's Church, Canastota, will officiate. Burial will be in St. Agatha's Cemetery, Canastota. In his memory, contributions may be made to St. Agatha's Church, c/o SOHCC Central Office, 121 St. Joseph's Place, Oneida, NY 13421, with envelopes available at the funeral home.
To plant a beautiful memorial tree in memory of Hector Cortes, please visit our Tree Store
Monday
25
July

Share Your Memory of
Hector
Upload Your Memory View All Memories
Be the first to upload a memory!
Share A Memory
Plant a Tree