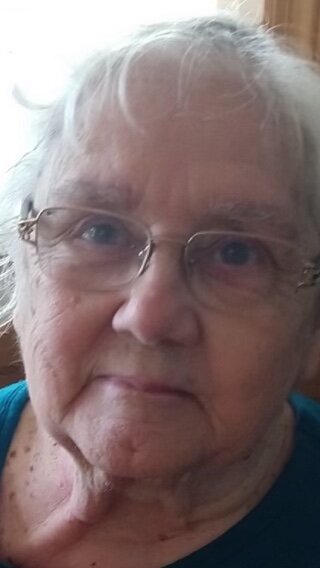 Please share a memory of Joan to include in a keepsake book for family and friends.
View Tribute Book
Oswego….. Joan Ann "Farnam" Kilts, 82 of Phoenix, passed away on Sunday, August 14, 2022, at Pontiac Care and Rehabilitation Center. Born in Canastota on September 21, 1939, where she resided most of her life, she later moved to Fulton then Phoenix. She was the daughter of the late Lewis and Virginia "Gea" (Rhodes) Farnam. Joan was married to Roger W. Kilts on September 6, 1958 in Laurium, Michigan. Roger passed away on March 2, 2006. She was a beloved Wife, Mother, and Grandmother, who enjoyed spending time with her family. She enjoyed being outdoors and gardening. Everyone who knew her loved her! Her smile was made of sunshine and a heart of solid gold, her eyes were as bright as shining stars and her cheeks of fair roses. She will be missed deeply by all that knew her. She is survived by two sons and sons-in-laws, Donald Kilts and Christopher Lupini of Syracuse, Michael and Stephen Messenger of DeWitt; two daughters and sons-in-laws, Sharon and James Bryson of Canastota, Sheena and Scott Hunneyman of Fulton; five grandchildren, Christopher Bryson, Ryan Bryson, Amber Muir, Jessica Hunneyman, Shawn Hunneyman; three great grandchildren, Zoey Palmer, Liam Menkins, Aidan Bryson; a brother and sister-in-law, James and Dargi Farnam of Verona; several nieces and nephews. She was predeceased by a daughter, Barbara Kilts, and a brother, Bruce Farnam. A graveside service will be held at the convenience of the family
To plant a beautiful memorial tree in memory of Joan Kilts, please visit our Tree Store

A Memorial Tree was planted for Joan
We are deeply sorry for your loss ~ the staff at J Homer Ball Funeral Home Inc.
Join in honoring their life - plant a memorial tree
Online Memory & Photo Sharing Event
Online Event
About this Event

Look inside to read what others have shared
Family and friends are coming together online to create a special keepsake. Every memory left on the online obituary will be automatically included in this book.
View Tribute Book
Services for Joan Kilts
There are no events scheduled. You can still show your support by planting a tree in memory of Joan Kilts.
Plant a tree in memory of Joan