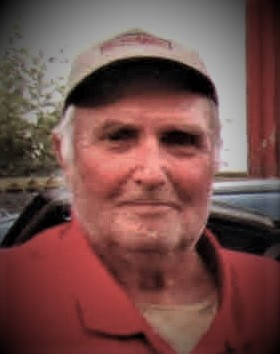 Please share a memory of William to include in a keepsake book for family and friends.
View Tribute Book
CANASTOTA . . . William T. Sterling, 81, of 6572 Harp Road, Canastota, passed away on Friday, September 9, 2022, at his home, following a brief illness. He was born on January 6, 1941, in Canastota, the son of the late William C. and Elizabeth (Lewis) Sterling. Bill lived in Oneida Valley until moving to Canastota in 1973. He graduated from Oneida High School in 1958. Bill was accepted at Morrisville College and Cornell University, but decided to stay home and run the family farm after his father's death. He has been a dairy farmer most of his life, owning and operating a farm on Cottons Road with his brother, Alan, for many years, retiring in 2018. Bill was a member of the Oneida County Farm Bureau. Farming was his passion and life's work. He enjoyed playing Oneida MUNY League basketball, stock car racing, watching football, NASCAR races, reading, learning about farm equipment, visiting farm friends, taking drives to look at crops at other farms in the area, and spending time with his family. Bill married Joan B. Halstead on April 10, 1965, in Sherrill. Surviving besides his wife, Joan, are their three children: William C. Sterling, II of Canastota, Heather and James Pritchard of Rome, and Laurel Sterling and Tony Patterelli of Canastota; two brothers, Alan Sterling of Canastota, and Rhys and Joyce Sterling of Pullman, WA; four grandchildren, Sarah and Luke Aubin, Evan Pritchard, Joanna Pritchard, and Lily Prisco; as well as nieces, nephews, and cousins. Calling hours will be held from 4 to 6 p.m. on Friday, September 30, 2022, at the J. Homer Ball Funeral Home, Inc., 201 James Street, Canastota. Memorial services will be held at 6 p.m. on Friday, at the funeral home, following the calling hours. The Rev. William M. Wilcox will officiate. Burial will be in Oneida Valley Cemetery. In his memory, contributions may be made to the Greater Lenox Ambulance Service (GLAS), PO Box 382, Canastota, NY 13032, or to the Lincoln Volunteer Fire Department, 7224 Old County Road West, Canastota, NY 13032, with envelopes available at the funeral home.
To plant a beautiful memorial tree in memory of William Sterling, please visit our Tree Store
Friday
30
September