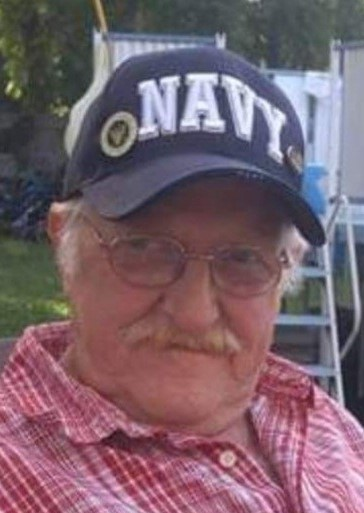 Obituary of Phillip A. Tucker

Please share a memory of Phillip to include in a keepsake book for family and friends.
View Tribute Book
CAZENOVIA . . . Phillip A. Tucker, Sr., 69, of 3238 Larkin Road, Cazenovia, passed away after a long illness on Thursday, October 6, 2022, at St. Elizabeth Medical Center, Utica. He was born on March 10, 19 53, in Oneida, NY, the son of the late Junior and Gloria (Bayne) Tucker. Phil spent his early years in the Munnsville area, graduating from Stockbridge Valley High School in 1972. He was a proud U.S. Navy Veteran, serving from 1972 - 1975. On April 3, 1976, he married the former Ginger L. Rutan the couple shared in a union that was blessed with over forty-six years of marriage. Phil worked for over thirty-five years for Owl Wire and Cable in Canastota, NY. At one time he was a member of the Munnsville Volunteer Fire Department. Phil was an avid NASCAR enthusiast, he loved all sports, especially racing. He was a beloved husband, father, grandfather, and friend. His favorite times were spent with the family that he cherished. Surviving besides his wife, Ginger, are two daughters, Jessica Tucker and her fiancée, Kris Corpin, and Casandra Tucker, and her fiancée, Jimmy Miller, all of Oneida; two sons and daughters-in-law, Phillip A. Tucker, II and his wife, Holly, of Earlville, and Ty and Korrie Tucker of Munnsville; eight grandchildren, two great grandchildren; a sister and brother-in-law, Vicki and Frank Wilson of Munnsville; a brother, Raymond Tucker of AZ; and an aunt, Connie Bayne of FL. He is also survived by several nieces, nephews, great nieces, great nephews, cousins, and his in-laws. Phil was predeceased by a daughter, Amanda Tucker in 1977; a sister, Sharon Berger; and a brother, Thomas Tucker. In keeping with Mr. Tucker's wishes there will be no public calling hours or funeral service. Arrangements are under the care of the J. Homer Ball Funeral Home, Inc., 201 James Street, Canastota. In his memory, contributions may be made to Wanderers Rest Humane Association, Inc., PO Box 535, Canastota, NY 13032.
To plant a beautiful memorial tree in memory of Phillip Tucker, please visit our Tree Store

In keeping with Mr. Tucker's wishes there will be no public calling hours or funeral service.
Online Memory & Photo Sharing Event
Online Event
About this Event

Share Your Memory of
Phillip
Upload Your Memory View All Memories
Be the first to upload a memory!
Share A Memory
Plant a Tree