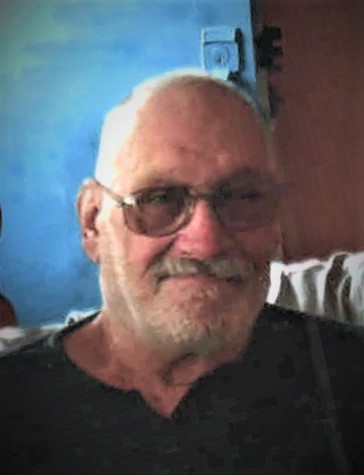 Please share a memory of Dennis to include in a keepsake book for family and friends.
View Tribute Book
ONEIDA . . . Dennis R. Heilman, 72, of 210 Allen Street, Oneida, passed away on Sunday, October 16, 2022, at Guthrie Robert Packer Hospital, Sayre, PA, following a lengthy illness. He was born on November 19, 1949, in Mckeesport, PA, the son of the late Howard and Stella (Smith) Heilman. Dennis lived in Mckeesport most of his life, graduating from Mckeesport High School in 1967. He later lived in Georgia for three years, moving to Oneida in 2009. He worked for US Steel in Duquesne, PA, for nine years, retiring in 1979 due to health issues. Dennis was an avid Pittsburg Steelers fan, enjoyed spending time with his family, and loved his dog "Sadie" and his cat "Buddy". Surviving besides his caregiver and soulmate of 18 years, Jean (Parker) Smith of Oneida; two daughters, Dana and Thomas Freeman of Greensburg, PA, and Erica Rojas of Latrobe, PA; one brother, Carl and Darcey Heilman of Bakersfield, CA; six grandchildren, Kailee Heilman, Emilee Mottle, Jenna Rojas, Victoria Freeman, Ruben Rojas, Jr., and Meckenzie Freeman; Jean's daughter, Christine Saccone of Cicero; as well as nieces, nephews, and cousins. Dennis was predeceased by two brothers, Robert and Paul Heilman; and one sister, Sally Patterson. Memorial services be held at 2 p.m. on Sunday, October 23, 2022, at the J. Homer Ball Funeral Home, Inc., 201 James Street, Canastota. The Rev. William M. Wilcox will officiate. There will be no calling hours. Burial will be in Lenox Rural Cemetery, Canastota. In his memory, contributions may be made to Wanderers' Rest Humane Association, Inc., PO Box 535, Canastota, NY 13032, with envelopes available at the funeral home.
To plant a beautiful memorial tree in memory of Dennis Heilman, please visit our Tree Store
Sunday
23
October

Share Your Memory of
Dennis
Upload Your Memory View All Memories
Be the first to upload a memory!
Share A Memory
Plant a Tree