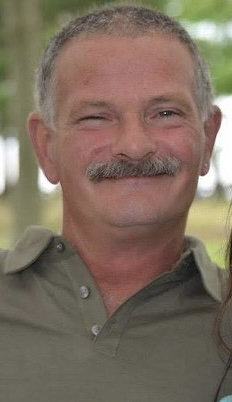 Please share a memory of Stuart to include in a keepsake book for family and friends.
View Tribute Book
CANASTOTA . . . Stuart J. "Stu" Shimer, 61, of 402 W. Lewis Street, Canastota, passed away on Wednesday, December 7, 2022, following a courageous battle with cancer. He was born on September 26, 1961, in Queens, the son of the late Joseph Shimer, Jr. and Marie (Kirwin) Woodbury. Stu spent his early years in Sherrill, attending the VVS schools, and lived in Canastota since 1996. He was the manager of Little Caesars in Oneida for many years, later being promoted to Area District Supervisor for Little Caesars. Stu belonged to a local ATV Club, and recently received the Booster of the Year award from the Oneida All Sports Boosters in 2022, for his support of their concessions. He enjoyed hunting, bowling, kayaking, golfing, four wheeling, and spending time with his family. Stu married Lorraine F. Sgroi on June 15, 1985, in Syracuse. Survived by his loving wife, Lorraine; three daughters, Jasmine F. Shimer (Garrett Grinnell) of Verona, Jade V. Shimer (Halie Ehlinger) of Liverpool, and Christle Nourse (William Adamo) of Manlius; two brothers, Joseph Shimer III (Donna Raposa) of Boston, MA, and Richard Shimer; as well as several nieces, nephews, and cousins. Calling hours will be held from 5 to 8 p.m. on Tuesday, December 13, 2022, at the J. Homer Ball Funeral Home, Inc., 201 James Street, Canastota. A Celebration of his Life will be held at the convenience of the family. In lieu of flowers, contributions may be made in his memory to the Greater Lenox Ambulance Service (GLAS), PO Box 382, Canastota, NY 13032, with envelopes available at the funeral home.
To plant a beautiful memorial tree in memory of Stuart Shimer, please visit our Tree Store
Tuesday
13
December

A Celebration of his Life will be held at the convenience of the family.
Online Memory & Photo Sharing Event
Online Event
About this Event

Share Your Memory of
Stuart
Upload Your Memory View All Memories
Be the first to upload a memory!
Share A Memory
Plant a Tree