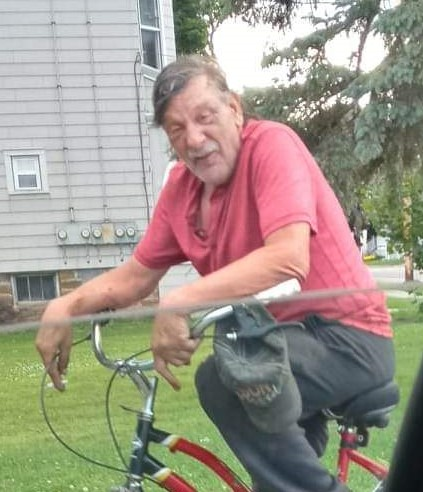 Please share a memory of Larry to include in a keepsake book for family and friends.
View Tribute Book
ONEIDA . . . Larry L. "Fuddy" Mason, 61, of 356 N. Lake Street, Oneida, passed away unexpectedly on Tuesday, December 20, 2022, at his home. He was born on May 16, 1961, in Canastota, the son of the late Anson and Laura (Allen ) Mason. Larry spent his early years in Canastota, attending the Canastota schools. He has lived in Canastota and Oneida all of his life. He enjoyed riding his bike, collecting bottles and cans, and spending time with his family. Surviving are: one sister, Margaret "Megan" Mason of Oneida; as well as several nieces, nephews, and cousins, including his cousin, George Howe, who he lived with. Larry was predeceased by his longtime companion, Barbara J. Moore, who died on November 17, 2021; four brothers, Gene "Jake" Mason, Eugene Mason, John Mason, and David Allen, Sr.; and three sisters, Peggy Skellum, Janet Mason, and Polly Mason. At Larry's request, there will not be any calling hours or funeral service. Spring burial will be in Lenox Rural Cemetery, Canastota. Arrangements are under the supervision of the J. Homer Ball Funeral Home, Inc., 201 James Street, Canastota.
To plant a beautiful memorial tree in memory of Larry Mason, please visit our Tree Store

At Larry's request, there will not be any calling hours or funeral service.
Online Memory & Photo Sharing Event
Online Event
About this Event

Share Your Memory of
Larry
Upload Your Memory View All Memories
Be the first to upload a memory!
Share A Memory
Plant a Tree