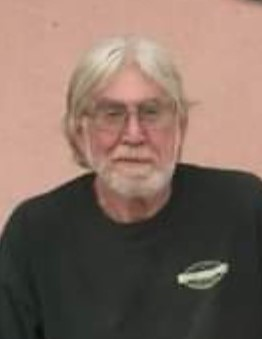 Please share a memory of Alvin to include in a keepsake book for family and friends.
View Tribute Book
CANASTOTA . . . Alvin G. Carmon, Jr., 70, of 237 James Street, Canastota, passed away on Wednesday, January 18, 2023, at Crouse Community Center, Morrisville, following a lengthy illness. He was born on July 22, 1952, in Oneida, the son of the late Alvin Sr. and Nina (Waldron) Carmon. Alvin spent his early years in Wampsville, graduating from Oneida High School in 1970. He later graduated from SUNY Delhi in 1977. Alvin also lived in Oneida, and moved to Canastota in 1998. He retired from the New York State Department of Transportation in Syracuse, after working there for many years. Alvin had been a member of St. Paul's United Methodist Church in Oneida, the Canastota Volunteer Fire Department, and the Power Squadron. He enjoyed hunting, boating, model trains, and his dogs. Surviving are: his longtime companion, Lois Demmer of Oriskany Falls; one brother and sister-in-law, Benjamin J. and Judith Carmon of Cazenovia; one sister, Christine Carmon of Munnsville; one nephew and his wife, Benjamin R. and Bridgette Carmon of Cazenovia, and one niece, Katie Carmon of Munnsville; and a great niece, Karalynne Carmon of Munnsville. A private graveside service will be held in the Spring at the convenience of the family, at Sunnyside Cemetery in Merrillsville. At Alvin's request, there will be no calling hours or funeral service. Arrangements are under the supervision of the J. Homer Ball Funeral Home, Inc., 201 James Street, Canastota. In his memory, contributions may be made to Helping Hounds Dog Rescue, 7268 Caswell Avenue, North Syracuse, NY 13212.
To plant a beautiful memorial tree in memory of Alvin Carmon, Jr., please visit our Tree Store

At Alvin's request, there will be no calling hours or funeral service.
Online Memory & Photo Sharing Event
Online Event
About this Event

Share Your Memory of
Alvin
Upload Your Memory View All Memories
Be the first to upload a memory!
Share A Memory
Plant a Tree